Dvorak Symphony No. 7 in D minor 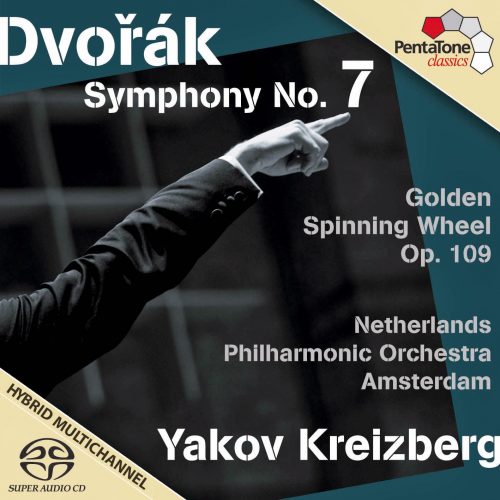 Prague, Budapest and Vienna. Three metropolises within the same country, the Austro-Hungarian double monarchy, with Vienna as the capital of the Habsburg part, and Prague as that of the historic kingdom of Bohemia. But as Bohemia was actually an Austrian province, Prague was subordinate to Vienna. This would evolve into a source of increasing frustration and political tension. After all, following the 1867 ‘Ausgleich’ (= compromise), in which the double monarchy was split into both an Austrian and an independent Hungarian part – to be sure, under the same king – many Czechs thought it time for Bohemia to achieve a similar status. However, the Habsburgers refused categorically to cooperate, especially as the indigenous Germans, who formed the second largest ethnic group in Bohemia after the Czechs, feared they would lose their privileged position. Therefore, alongside diplomatic campaigns, the Czechs concentrated increasingly on developing their own cultural identity during the following years. Thus, the Czech ‘rebirth’ was most especially a cultural renaissance intended as compensation for their lack of politicalinfluence.

Yakov Kreizberg’s admirable performance of Dvorak’s 7th symphony is a refreshingly straightforward one, with sensibly chosen tempi for each of the four movements. The debt to Brahms is never overplayed and the fiery first movement has considerable forward thrust. The lovely slow movement (Poco adagio) allows appreciation of the polished playing of the Netherlands Philharmonic Orchestra, particularly the winds and solo horn. The Finale is played with muscular strength and vigor bringing this satisfying reading of Dvorak’s finest symphony to an exultant close.

Many would consider The Golden Spinning Wheel to be the best of Dvorak’s late symphonic poems, and when played without cuts, as here, it is undoubtedly the most substantial and compelling of these imaginative pieces. Kreizberg’s evocative and energetic performance does full justice to the work and the events of the narrative that are graphically depicted in Dvorak’s wonderful music. He allows the glorious melodies of the lyrical sections to unfold naturally and relishes the drama of the exciting faster sections of the piece.

These recordings were made in the spacious acoustic of the orchestra’s home, the Beurs van Berlage, Yakult Hall, Amsterdam, the symphony in November 2006 and The Golden Spinning Wheel in March 2008. Both are up to PentaTone’s usual exacting standards, making this an altogether most enjoyable and recommendable release.