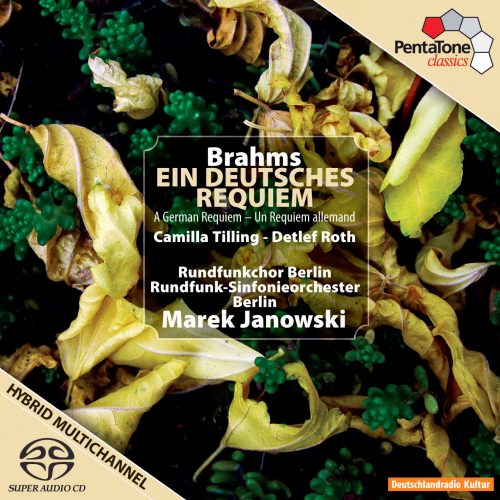 “So great a man, so great a soul: yet, he believes in nothing.”

Thus wrote Antonin Dvo?.k of his friend Johannes Brahms. And yet, the latter composed one of the most important, if not most emotional, sacred choral works in the history of music: Ein deutsches Requiem (= A German Requiem). Dvo?.k was a devout Catholic, and as such – although he was able to accept Brahms’ sober Protestant religion –he definitely could not tolerate his tendency towards agnosticism: a tendency that was actually quite common during the Romantic era. Halfway through the19th century, many people felt the loss of social, political and, above all, strongly religious ties. Brahms was not able to develop a strong belief in life after death; and if death is no longer the gateway to eternal life, what then is the meaning of life? This puzzle continued to niggle at him throughout his life, and also greatly influenced his compositions.