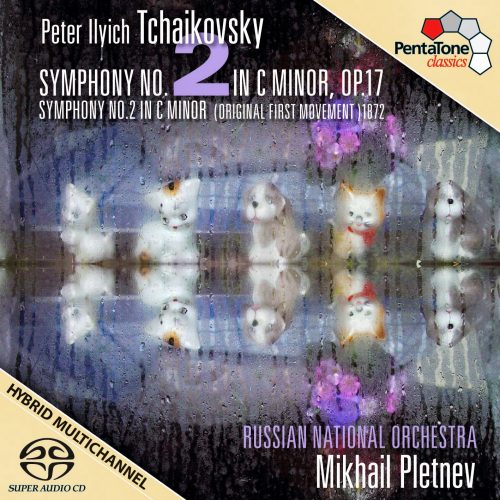 Following the long and rocky road to the First Symphony, on which, due to his teaching duties at the Moscow Conservatory, Tchaikovsky had been forced to work at night, the Second Symphony was composed mainly in the summer of 1872, hot on the heels of his second opera, The Oprichnik. At this time, Tchaikovsky was once again tak- ing a holiday on the country estate of his sister Aleksandra, located near the Ukrainian town of Kamianka, in the Kiev Governerate. Numerous anecdotes report Tchaikovsky’s touching assertion that he was not the true creator of the work, but rather, that it actually had been composed by one Pyotr Gerasimovich, one of the older servants in the household of his sister and her husband, Lev Davydov, for it was Pyotr Gerasimovich who had sung the folksong, The Crane, to him, which provided the basis for the work’s finale. Regardless of the story’s veracity, there is no other work in Tchaikovsky’s symphonic oeuvre that contains such a wealth of authentic folksong themes beside freely composed folksong-like creations. The work’s unofficial title, Little Russian Symphony, is indeed attributable to the fact that so many Ukrainian folksongs are employed in it, ‘Little Russia’ having been the standard term for the central and northern portions of today’s Ukraine in Tsarist times.