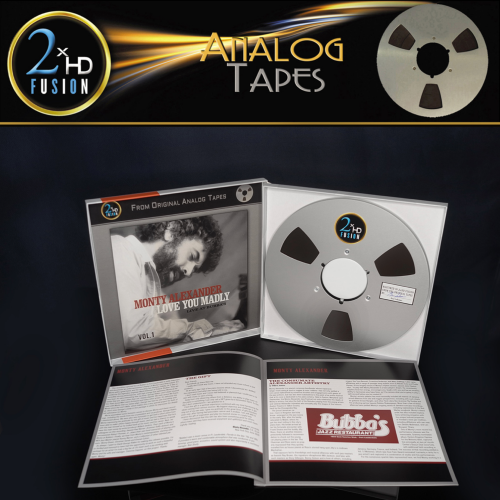 Love You Madly, Volume 1 by Jazz Pianist Monty Alexander brings you an Analog Tape edition of some of his performances on this Live Analog Recording from 2xHD Mastering and Resonance Records.

This album features tracks from a previously unreleased 24-Track Analog Recording that was captured live at the Fort Lauderdale Club Bubba’s on August 6, 1982.  The recording was made by Criteria Recording Studios’ Legendary Founder Mack Emerman.

The recording is important and documents an underrepresented chapter of Monty’s recording output. It’s Monty with a great band, and the recording has fantastic fidelity. They are incredibly strong performances, with high energy that epitomize Monty at his absolute best. 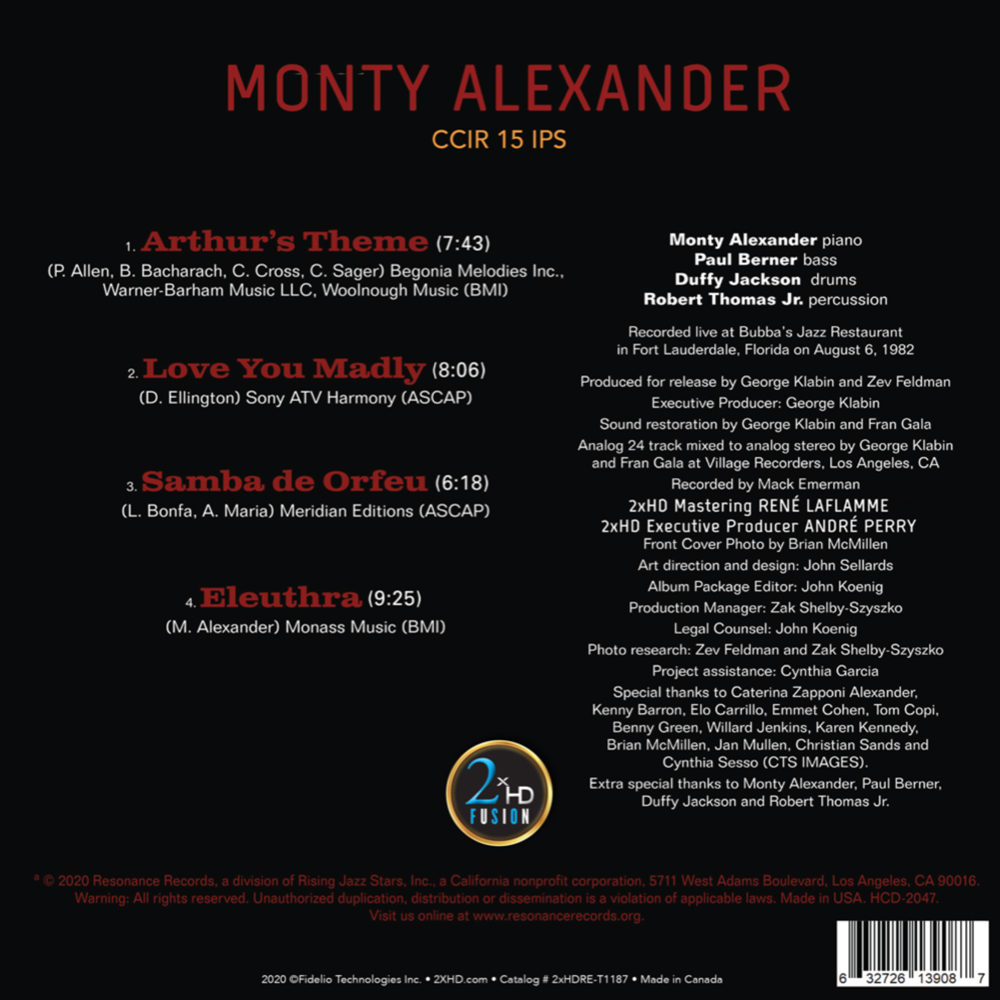 For the recording on this tape, the original 1/2″ 15 ips NAB or CCIR master tapes were played on a Nagra-T tape recorder, modified with high-end tube playback electronics, wired with OCC silver cables from the playback head direct to a Nick Doshi tube head preamplifier. The Nagra-T, with its four direct drive motors, two pinch rollers and a tape tension head, is one of the best transports ever made. A customer-built carbon fiber head block and a head damping electronic system permit 2HD Fusion to obtain more transparency and better 3D imaging. Your copy was recorded on a Nagra iV-S 1/4″ at 15 ips.