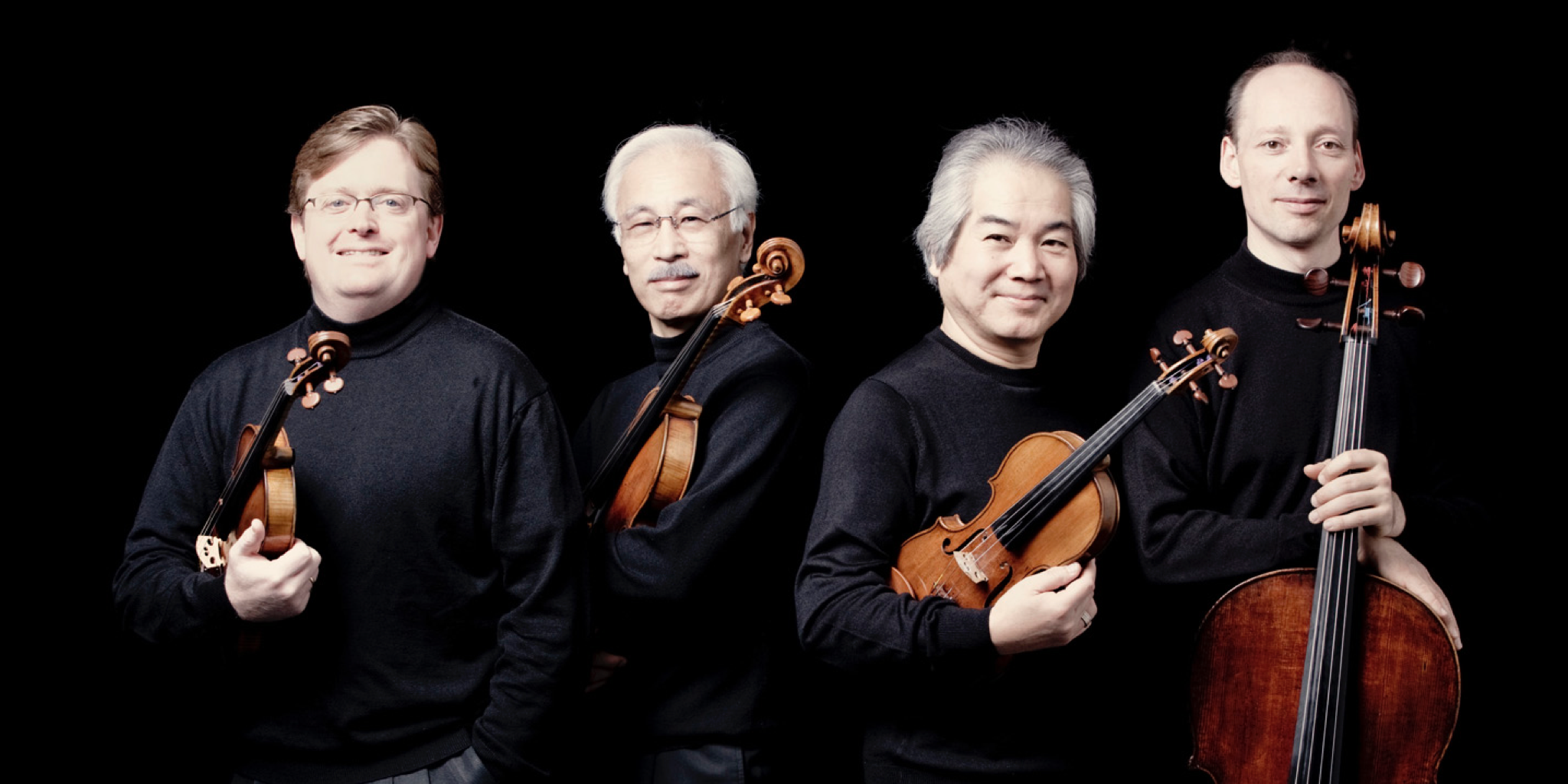 Madame Paule, the main character in Françoise Sagan’s masterpiece “Aimez-vous Brahms”, could not resist the passion of the 14-year younger ‘beau garçon’, Simon, who invited her to a Brahms performance in la Salle Pleyel, Paris, because of his ‘musical sensitivity’. It is not clear whether she liked Brahms or the boy’s musical sensitivity, but if she did, she’s not the only one having become irresistibly fond of this composer. Numerous classical music devotees are equally hooked as well. My shelves, too, are full of his music. But is it ever enough? Maybe not.

For recorded music, there is no sell-by date. Delving in the Harmonia Mundi (USA) back catalogue I came across Brahms: Quintets Op.34 & Op.115, Tokyo String Quartet, released a decade ago and listed without any further comment on Native DSD. An omission? I think so.

An omission that needs to be corrected.

Both Quintets span the greater part of a turbulent lifetime; from Spring to Autumn. My first encounter with the Autumnal Clarinet Quintet Op. 115, was many years ago in ‘the age of LP’ as vinyl was called in those days. I bought it in a record shop in Wellington, New Zealand. A 1968 Pye Records release, featuring Jack Brymer and the Prometheus Ensemble. It was love at first hearing and it served a long time as one of my ‘rescue’ favourites to alleviate the blues of ‘rainy days’.

When I listened to the same music, this time performed by the sadly in 2013 dissolved Tokyo String Quartet with Jon Manasse playing the Clarinet, and with a similar mellow tone as the late Jack Brymer, it brought me instantly back to the rainy (and windy!) days long gone by. But with a huge difference. Not only did I realise that this release needed to be brought forward to the top of the listed performances, but also that the sound quality was impressively better than some of the competition on my shelves, though the baseline could have done with a little more oomph.

What makes these Quintets so special?

Both Quintets, different though they may be, reflect the complexity of a man with outspoken characteristics on either side of the (late) Romantic scale. Although being innovative himself Brahms fervently opposed theatrical modernism as professed by Liszt and Wagner. He furthermore had to deal with his feelings towards Clara Schumann, whilst having his doubts about whether or not he could be or, indeed, was seen as Ludwig van Beethoven’s heir. It is all hidden in the architecture of the scores. Tenderness, passion, melancholy, and firm conviction, seem to be fighting in various degrees for dominance in either of them. No matter whether they be an expression of youthful elan and ambition or the result of mature reflection.

These are major works, far removed from romantic salon productions. The Piano Quintet, which Robert Schumann called a pocket symphony, had originally been composed for String Quintet, but subsequently remodelled for two pianos and four hands. Neither were to Brahms’ entire satisfaction. It was then suggested to rework it for String Quartet and Piano. It was Clara Schumann, in her days a most talented and highly regarded pianist, who convinced Brahms to follow this suggestion. Against his usual habit, he conceded. Glad he did.

As for the Clarinet Quintet: Its opus number (115) indicates that it is a statement of a mature composer having already dealt with much of the vicissitudes of his life. But what must have influenced the score more than anything else, was his caring relationship with Clara, the exact nature of which many have speculated about. I shall not dwell on that, but the result is a deeply moving work, possibly the best ever written in its genre and, purely from a compositional punt of view, at least at par with Mozart’s Clarinet Quintet, and more in general many times more passionate than von Weber’s.

Why choose the Tokyo String Quartet?

Since this release, 10 years or so have past and new recordings have seen the light. It is in human nature (and that of the PR department of the respective labels) that newer ones get more attention, though not necessarily because they are better. Some have landed in my player, but with hindsight, it would have been wise to look back before making a decision. As I said: Recorded music has no sell-by date.

In my view, interpreting a score without detailed knowledge of its origin and the sought-after objectives of its creator is bound to fail. We must, therefore, assume that when embarking on this Brahms project the Tokyo String Quartet and both soloists have done their homework and that their interpretation is an as honest as possible restitution of Brahms’ intentions. That said, following the composer’s markings is not all that counts. Interpretation and personal appreciation are awkward and sometimes even opposing elements. What is the right weight of compassion; what is the right weight of tenderness?

I think we can all agree on the technical competence of the Tokyo players. But we may differ on tempi, degree of affection, intensity, excitement, phrasing, and other such things. My general observations in favour of this album are threefold. Thanks to the Nippon Music Foundation, the members of the Tokyo String Quartet perform on “The Paganini Quartet” a set of ‘Stradivari’ named after Niccolò Paganini, who played them all. It counts for the more softly grained sound the Quartet produces, something I particularly like. Secondly, they take their time, slower than most. Thirdly, and in comparison to other versions, I noted that not everything is polished to perfection. I don’t see this as a shortcoming. On the contrary. It brings the human factor back in. It makes for a more natural approach, which may, in reality, be more difficult than anything over-rehearsed.

All these factors are best appreciated in their account of the Clarinet Quintet. The American clarinettist, Jon Manasse (who is, by the way, Jon Nakamatsu’s duet partner) may not be as well-known on my side of the Atlantic (though he is an official “Performing Artist” of the Buffet Crampon Company in Paris), but I rate him in the same class as Martin Fröst, but with a more “soft-textured tone”. Being a graduate of The Juilliard School, where the Quartet officially formed in 1969, he matches the stringed way of playing ideally. This account breathes restraint and serene peace of mind, without neglecting the emotional undertone.

Jon Nakamatsu, who joins the Tokyo Quartet in the Piano Quintet, came to fame after having been named Gold Medallist of the Tenth Van Cliburn International Piano Competition. His playing lends particularly inspiring weight to this youthful composition. It is rendered in a more considered setting than the sometimes-over-emphasized approach of the competition. Soloist and players lift out the emotional beauty rather than the fiery passion.

I would urge readers who can find themselves in a reading that follows the above patterns, to have another look at this release. It may well be what you’ve been looking for for a long time.

And what about Clara?

Coincidentally, Brahms was, like Simon, 14 years younger than Clara when they met for the first time. But, unlike Simon, whose impact on Madame Paule lasted only “plusieurs semaines” (several weeks), the dear friendship between Clara and Johannes remained intact till the end of their days. And without probing its profundity, Clara must in all likelihood have “aimé Brahms”, for more than his music.