BarcaNova Records – a new label that must be heard 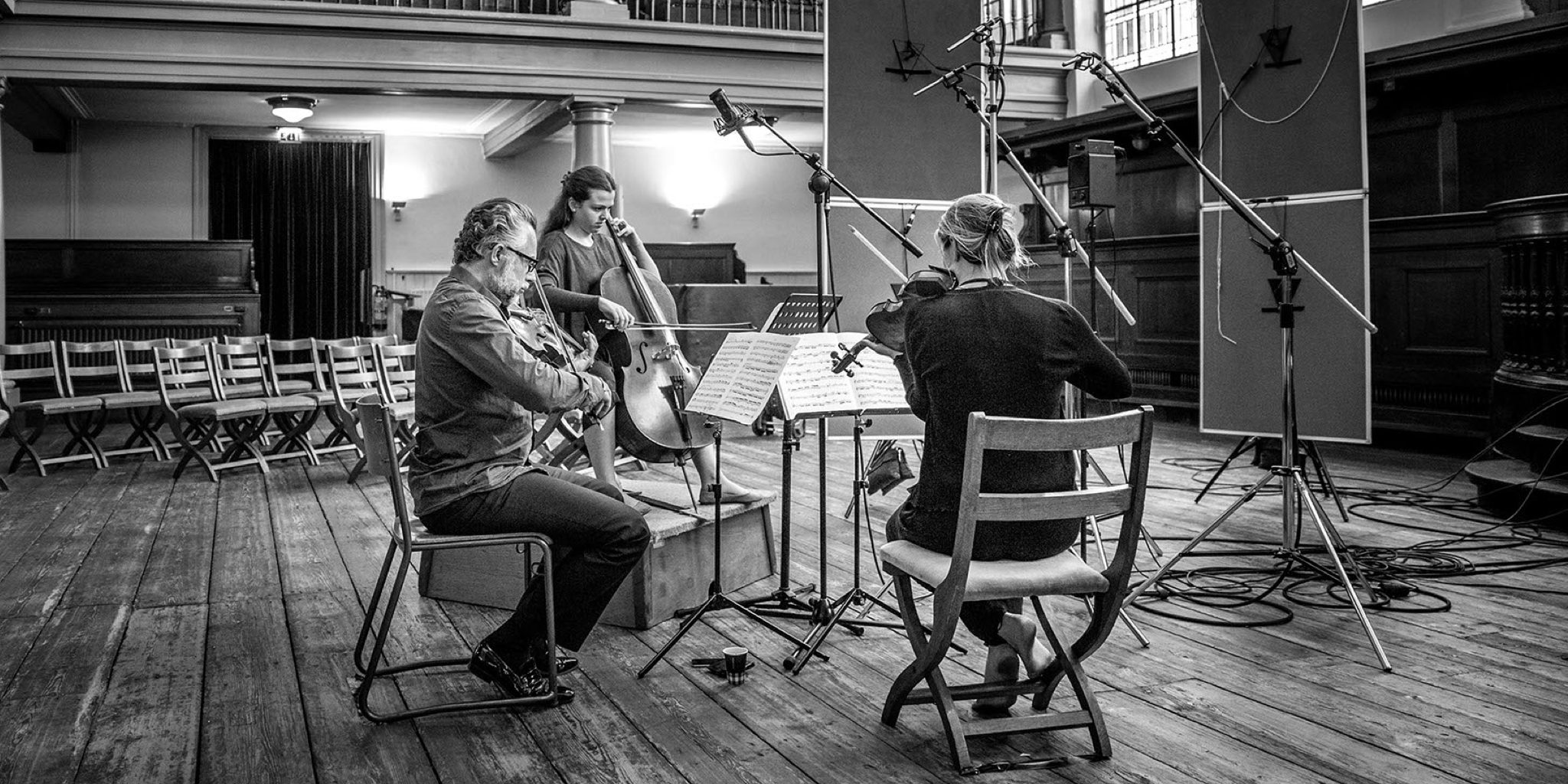 BarcaNova Records is a relatively new Dutch label that must be heard.

On their stylishly ‘cool’ website, BarcaNova founder, Hubert Koekenberg, outlines the label’s adage as follows: “Passionate and devoted to classical music, we aspire only perfection. Putting our all into producing only the best music”. Surely a stimulating statement invoking immediate curiosity among dedicated Hi-Res classical music fans like me. I’ve put it to the test and the result is ‘wow’.

So far, two releases in high definition downloads of up to 256 kHz in surround have seen the light. For these ‘maiden’ productions two of Bach’s most famous composition have been chosen, undoubtedly with a view to reaching out to the widest possible circle of classical music devotees. With a choice of first-rate musicians (members of the Royal Concertgebouw Orchestra and the Dutch star cellist, Quirine Viersen) and leading sound engineering (Bert van der Wolf NorthStar Recording) this new label clearly aims at providing top quality for its prospective clientele.

In its physical format, there is one SACD with the complete Goldberg Variations in an arrangement for string trio, and a double SACD with all six cello solo sonatas. And what’s more, vinyl aficionado’s will be pleased to learn that both releases are also available as good old LP’s.

Among Dutch music lovers there is a popular saying: “Geen dag zonder Bach” (not a day without Bach). With regard to the Goldberg Variations, we may well extend this to “not a night without Bach”. Why? In order to make his sleepless nights bearable, Count von Keyserlingk, a Russian diplomat to the Court of Saxe, invited Johann Gottlieb Goldberg, a young and talented German harpsichordist, to play a series of variations Bach had composed to alleviate the Count’s misfortune, with the noble objective to keep him company till he would fall asleep.

Although originally written for the harpsichord, several other versions exist. Best known is, of course, Glen Gould’s piano version. And there are also some great organ versions around. But there’s a whole lot more. Some even as far-fetched as a re-composition for choir & baroque ensemble. Furthermore, transcriptions for solo guitar as well as several other for combinations of different instruments, one of them being Sitkovetski’s arrangement for string trio. It is this version that has been chosen for BarcaNova’s first release. For detailed information, I refer to the liner notes, which you will find well worth reading.

The trio are members of the Royal Concertgebouw Orchestra, and more in particular of its inner circle, the Camerata RCO. All playing on historical instruments.  Annabeth Webb, a one-time pupil of the famous Dutch violin pedagogue, Coosje Wijzenbeek, plays a beautiful 1711 violin built by the Neapolitan instrument builder Nicolo Gagliano, on loan from a private foundation; Jeroen Woudstra performs on an original viola, built in 1767 by the French luthier, Jean Baptiste Lefèbvre.  Honorine Schäffer plays on a violoncello built in 1840 by Georges Chanot, another famous French Maître Luthier. The musically weathered character of these historical instruments does allow the musicians to produce a beauty of tone in each of the variations that can hardly be matched by modern siblings. Especially the warm sound of the cello caught my ear. The result is a delicately animated reading with a great deal of attractive musical expression.

My listening tests made it unmistakably clear that these musicians can easily live up to the standard of other, similar transcriptions of the Goldberg Variations, like for instance the one with Trio Zimmermann (BIS). Charmingly high spirited and technically perfect though they are, I find them a shade too superficial and at times even as ‘mechanical’ as a harpsichord. Surely a justifiable matter of taste, but with three stringed instruments, one has the option to do more in terms of interpretation. Experience learns that in many arrangements and transcriptions – and not just this one – such interpretative flexibility of Bach’s music can be stretched a long way as long as its nature remains intact.

Moreover, with the pristine quality of engineering as delivered by Bert van der Wolf (I listened to the 128 kHz surround download) and ‘all things considered’, my preference goes to the account of the RCO Camerata members.

Quirine does it again, and even better!

It is not the first time that Quirine Viersen records Bach’s Six Suites for Cello Solo. Her previous recording for the Globe label (GLO 5244 – 8711525524408) received wide acclaim, but is now hard to find and sold out in most places. A new set is, therefore, more than welcome. One of the marvels of her playing is that she has a ‘musically seasoned’ instrument: The Joseph Guarnerius Filius Andreae cello from 1715, previously used by no one less than André Navarra. And although Quirine may thus spiritually have inherited some vibes of this fabulous master, much of her inspiration, so she tells us, comes from her long-time mentor, Heinrich Schiff.

Fine though this first set was, life goes on and so did hers. After having given birth to twin daughters, Quirine –  as we are allowed to read in the liner notes: “… found herself in desperation about her life as a professional musician. She was less visible on stage because of motherhood and wondered why she wanted to play cello anyway”. But now she’s back ‘thanks to Bach’ and how..! As she mentions on her web site: “My story has changed and therefore also the way I play”.

And so it is. We find here a technically further developed and, most of all, emotionally riper musician, giving us a captivating interpretation of one of Bach’s compositional milestones. To me, her emotion-laden reading sounds first and foremost like a dialogue with her instrument, as if to reassure her alter ego about her regained confidence. Full of love, wit, and sometimes in earnest, but never heavy-handed nor overpowering.

Even in technically demanding passages, she manages to dance along light-fingered as though telling her alter ego on how to cope with difficulty. The prelude in Suite no. 6 is a case in point. The same applies to the agility she demonstrates in the Courantes, as though tidying up once and for all any remaining cobwebs of the recent past. At least that is what I felt listening to her honest and disarming account of Bach’s extraordinary brainchild.

Plenty of spiritual food for even the most discerning music lover. A reading not to be missed.

Sound reproduction is more important than one might think

Interrogating people on sound, the ‘correct’ answer invariably is: “It’s the music that counts”. And, of course, they are right. But that isn’t the whole truth because we all know that music coming from a 19-sixties blaring ghetto blaster cannot give the same satisfaction as the same at a live concert. Sound distortion and poor dynamics destroy even the best played music. In our time, much have been done about it. Modern equipment has eclipsed most distortion problems in the reproduction chain. But for creating a sense of reality a lot more is needed, like the highest possible resolution and the very best dynamics, such as native DSD can deliver.

Bert van der Wolf, best known from NorthStar Recording Services and his own site The Spirit of Turtle, is one of the few sound engineers operating at the sharp end of technical development. I’ve reviewed many of his recordings, none of which were less than superb. With expert knowledge of acoustics on different locations, always seeking and supporting on how to get the best out of an artist, and finally how to best put it on ‘file’, he belongs as far as I’m concerned to the small crowd of magicians able to  bringing the (almost) ‘real thing’ into the listening room. Full of detail, and with realistic dynamics, provided one has the equipment to go with it.