Exploring the Shadow of the Great Masters 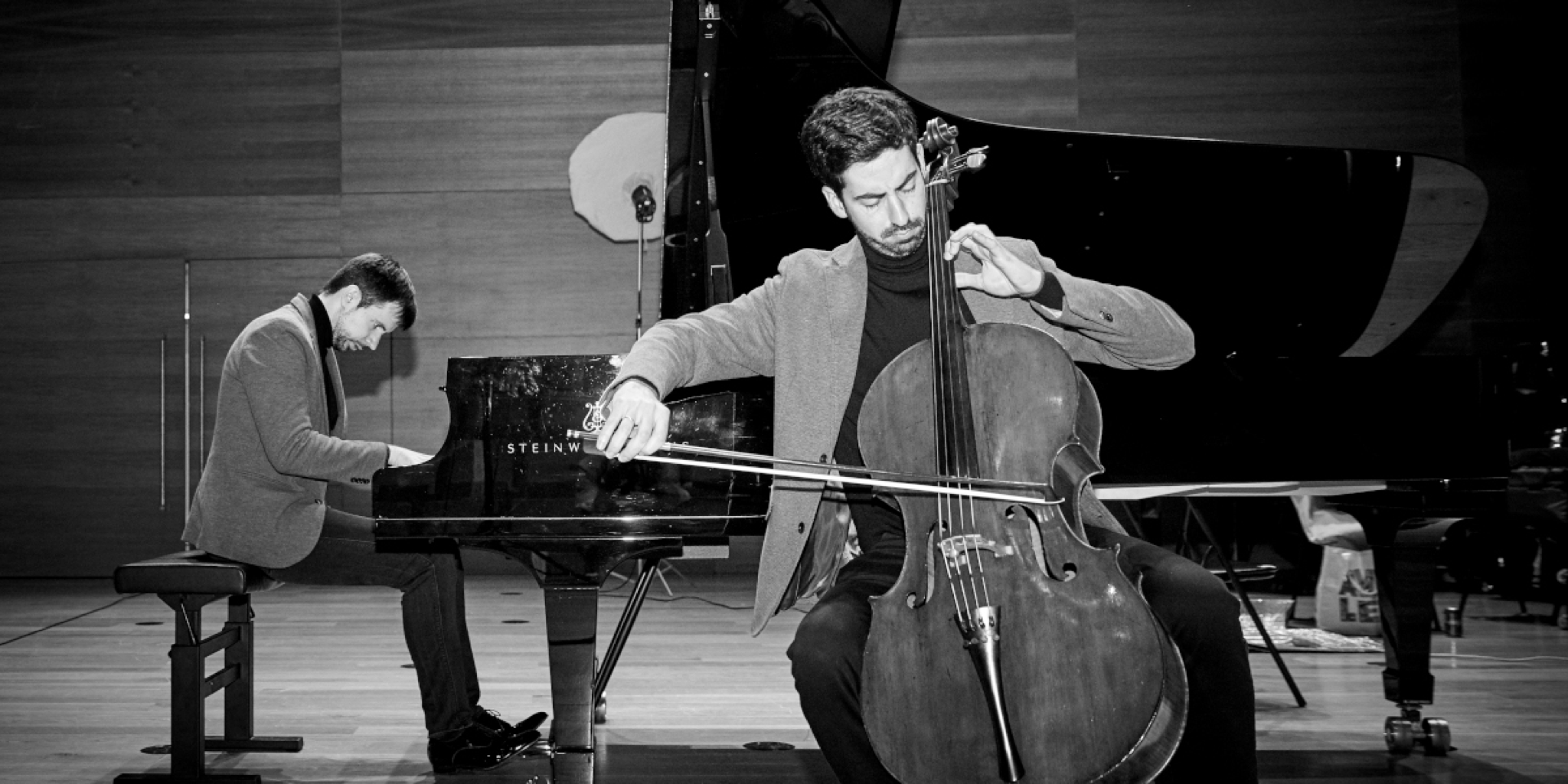 Two Spanish musicians, whom I did not know before, embarked last year on a mission to bring works of great beauty, for too long hidden in the shadow of great masters, back into the general public’s interest. A laudable initiative; joining like-minded musicians adamant about neglected composers taking their rightful place in today’s musical landscape. More than once with spectacular results. The problem, however, is that ‘unknown is unloved’. Known composers sell better than unknown. And, most unfortunately, the same applies to little-known artists.

A Maecenas of Art is Key to Success

Many young artists have to fight an uphill battle to gain recognition. Financial support is often indispensable. For this recording generous support was obtained from the Dutch Henri Moerel Foundation, which aims “to support young people in fulfilling their potential, and in doing so to enable them to carry the hopes of their generation and to enrich the lives of others”. One of these ‘young people’ is the Spanish pianist, Mario Mora. Together with Lorenzo Meseguer, cellist of the Birmingham Symphony, seldomly played and recorded works were selected from the oeuvres of Felix Mendelssohn’s elder sister Fanny, Robert Schumann’s wife Clara, as well as a Sonata from an obscure North-German composer Gustav Jenner.

…as is The Producer

The cherry on the cake is Eudora Records, one of those small independent quality labels that take pride in delivering the best possible result in terms of sound and musical backing, irrespective of commercial motivation.

Fanny’s Fantasia for cello and piano is indeed a rarity. There is one other recording in high definition (Pentatone Classics PTC 5186781),

but Clara’s ‘Drei Romanzen’ is a different matter. Originally composed for Violin and Piano. It has also been arranged or transcribed for other instruments (Clarinet, Oboe), but as such only sparsely available in mixed recitals from different sources. The transcription for Cello and Piano as played here is exclusively ‘theirs’, the two Spanish performers, and therefore nowhere else to be heard nor recorded.

Both works are jewels of the romantic era and are easy to love. Lorenzo, skilfully accompanied by Mario, sets down an affectionate reading in each of them. His lush tone serves these works very well, and I’m sure any audience will agree.

To balance the score Gustav Jenner’s Cello Sonata in D major was added to the programme as a masculine example to be rescued from oblivion. Monumental Brahmsian in character (Jenner was one of his pupils), to the point of drawing in its third movement inspiration from the final movement of Brahms’ Symphony No. 3. In my view, it is not altogether at par with either Clara or Fanny. Meseguer’s warm and vibrant tone and expert phrasing cannot masque some inconsistencies in the score of the first movement. That said, there remains more than enough to enjoy. An unexpected boon for collectors.

I wondered about the inclusion of Felix Mendelssohn’s second Cello Sonata. It is not something that has been composed and hidden in anyone’s shadow. Although not mentioned in the liner notes, I can think of three reasons:  To show that his sister is by no means the less inventive composer; to show the level of virtuosity the two performers can attain in this devilishly difficult Sonata; or are we somehow dealing with another ‘neglected’ composer? His music was belittled by Wagner and from 1933 onward discouraged by the German Nazi regime for religious reasons. As we know, it wasn’t until the second half of the twentieth century that Mendelssohn’s music slowly returned to the concert hall, beginning with the Violin Concerto and the 4th Symphony.

It took quite some time, but now this Sonata is in any cellist of fame’s repertoire. Competition, therefore, is fierce, and the performance of Meseguer and Mora, however competent, falls in my view somewhat short of that of the best in the field. On the other hand, virtuosity must not be a goal in itself. Musicality and nurturing young talent are other valuable elements deserving recognition.

In the final analysis, I’d like to underscore the importance of this release for the advent of hitherto relatively unknown composers. Over the last couple of years, several relevant efforts have given us already much to enjoy and cherish. But there is still some way to go until the ‘shadow’ has been fully explored and re-evaluated. We ought to thank Cellist Lorenzo Meseguer and Pianist Mario Mora and all those having made this release possible for their contribution to the broadening of our classical music heritage.