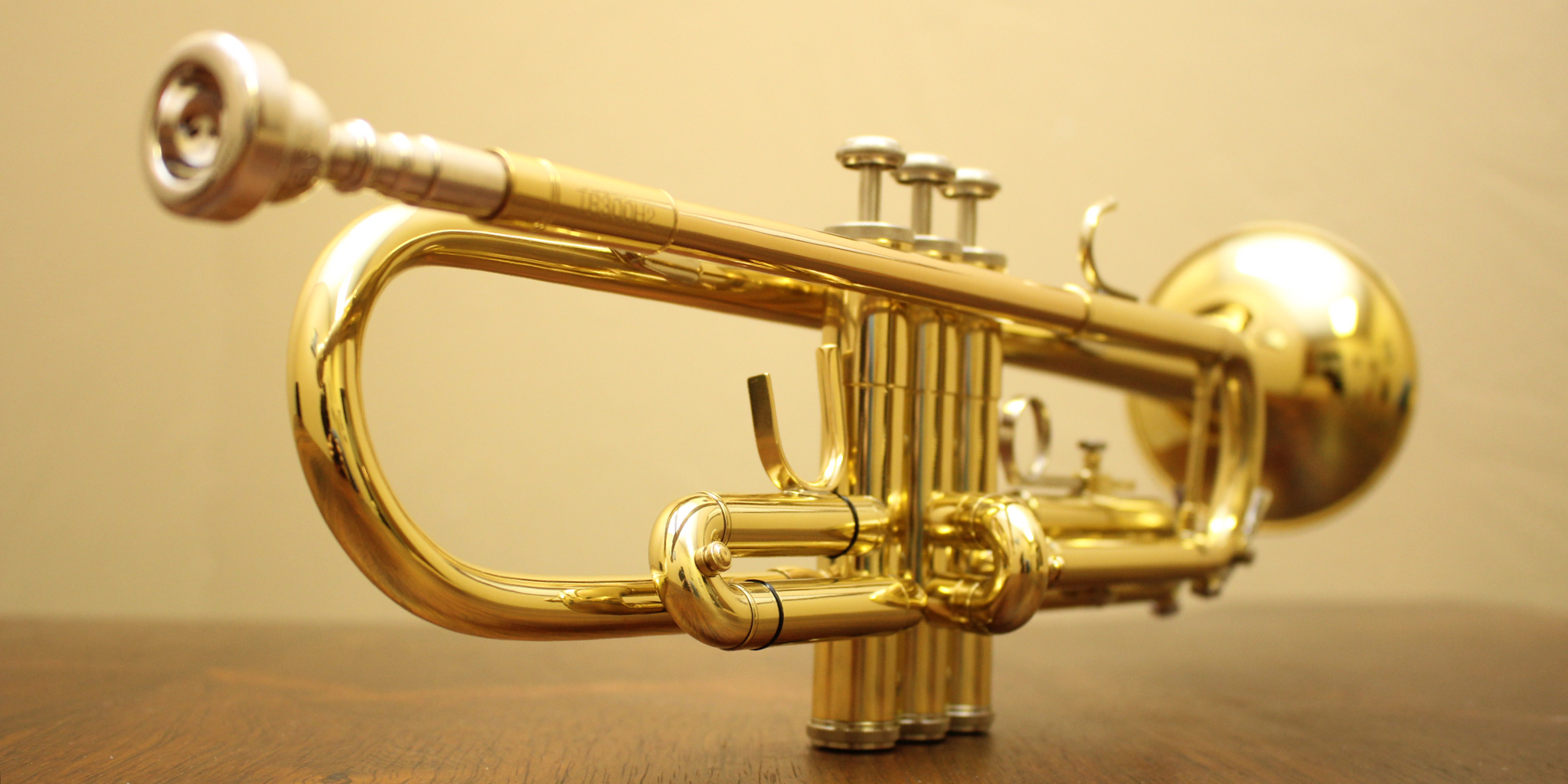 The absence of a piano gives percussionist van Hulten plenty of space to play in an orchestral style and explore the palette of percussive tone colors. Small details like the delicate brush work that opens “Blues in Blueprint”, the Cuban dance rhythm in “Satin Doll”, and the floor toms played like kettle drums in “Come Sunday”, draw the listener into the intimate musical setting.

A hidden gem of atmospheric jazz from the dawn of DSD

Though he’s playing from the Ellington book, Verploegen avoids emulating the characteristic riffs and clichés of Duke’s trumpet soloists. Like many players who came of age in the 1980s, a time when free jazz had retreated to the margins and the “Young Lions” had reintroduced earlier jazz currents into neo-bop repertoire, Verploegen synthesizes a range of stylistic influences. He improvises with great confidence and dexterity, easily meeting the challenge of tracking the chord changes without a backing instrument. If you’re familiar with the pieces, you can “hear” the implied chords beneath Verploegen’s and van Hulten’s solo phrases and duo interplay.

“The Duke Book” is a delight for audiophiles and highly recommended for all jazz lovers.

Have you ever searched the NativeDSD website and noticed a checkbox labeled DSD Exclusively available as DSD download (Never available on SACD)? Try clicking on it. What displays is an ever-growing list of albums recorded in DSD, DXD, or analogue transferred direct to DSD, that were never issued on SACD.

“Forbidden Fruit”, a jazz trio album by the group Toïs, consisting of Angelo Verploegen, trumpet and flugelhorn, Tjitze Vogel, standup bass, and Bram Wijland, percussion, was recorded by engineer Bert van der Wolf at the dawn of the DSD era in Doopsgezinde Kerk, Deventer, the Netherlands. The sonics of that venue are known to listeners of Jared Sacks’s classical music SACDs and DSD albums on Channel Records. The spacious acoustic and long reverberation time paints a “glow” around the instruments; trumpet phrases hang in the air; plucked bass notes fill the soundstage, and cymbals shimmer.

The selection of standards by Ellington, Gershwin, Porter and Legrand is balanced by original compositions from Angelo Verploegen and bassist Tjitze Vogel, and a “new standard” from Branford Marsalis.

Duke Ellington‘s “I Got it Bad and That ain’t Good” takes the unexpected approach of a musical argument between trumpet squalls and clattering drum fills. It’s a humorous performance that upends listener expectations. In the Gershwins’ “S’Wonderful” Verploegen dispenses with the verse melody and jumps into a muted trumpet solo on the bridge line, another unexpected revision of a classic standard. The traditional elements of bebop structure are all in place; nimble horn solos; the leader dropping out to showcase the rhythm section; “trading fours”; familiar signposts on the long road from the music’s origin in the early 1940s.

The Cole Porter classic “What is This Thing Called Love?” opens with a dexterous bass solo over fleet brushwork from Bram Wijland, only gradually revealing the familiar contours of the song’s melody. Counterpoint guitar chords give this arrangement foot-tapping rhythmic drive.

A bridge between “Forbidden Fruit” and “The Duke Book” is the Juan Tizol-Duke Ellington composition “Caravan”, which appears on both recordings. I encourage listeners to create a playlist with both versions side by side for ease of comparison. On “Forbidden Fruit”, Verploegen reconceived “Caravan” as a study in restless energy; on “The Duke Book”, he revised that conception into a radically new arrangement. That probing curiosity and drive to experiment in new directions is the measure of a master musician.

The familiar comparisons that jazz writers use to describe a musician’s sound are often inadequate to the task. Because there are so many trumpet players who sound more or less like Miles Davis, and piano trios that were inspired by the Bill Evans/Scott LaFaro/Paul Motian Trio, these kinds of comparisons may or may not be useful to communicate the distinctive qualities of a contemporary jazz musician.

Dutch trumpet master Eric Vloeimans manages not to sound exactly like any particular forebear, and that is no small accomplishment. Rather than compare him to his illustrious predecessors, it’s more useful to focus on what makes him different: his compositions. The original works on Umai fall on the lyrical-romantic side of modern European jazz. Fans of Kenny Wheeler and Enrico Rava will not be disappointed by this set of tunes. Vloeimans possesses an impish spirit;

There’s a current of musical humour running through his works that will have listeners tapping their feet and smiling.

Umai was recorded by Chris Weeda at Studio Leroy in Amsterdam, Netherlands in 2000, around the same time as he recorded two other early SACD sessions for Challenge Jazz: Enrico Pieranunzi: Plays the Music of Wayne Shorter and Enrico Pieranunzi: Improvised Forms for Trio. All three albums demonstrated, early in the SACD era, that recording in a well-controlled studio environment in native DSD captured a more natural sound than the recordings from ECM of the same era. The drums, bass, trumpet and piano are all well-positioned in the room and blend harmoniously in a realistic presentation.

A generous 72 minutes of intelligent music makes this release worth a space on the jazz shelf.

HRAudio.net reviewer Mark Werlin shared with you 4 reviews of Jazz albums available at NativeDSD, highlighting the players Angelo Verploegen and Eric Vloeimans. Here you will find a few more Trumpet Treasures selected by the NativeDSD staff.