Not Just Another ‘Ravel Highlights’ 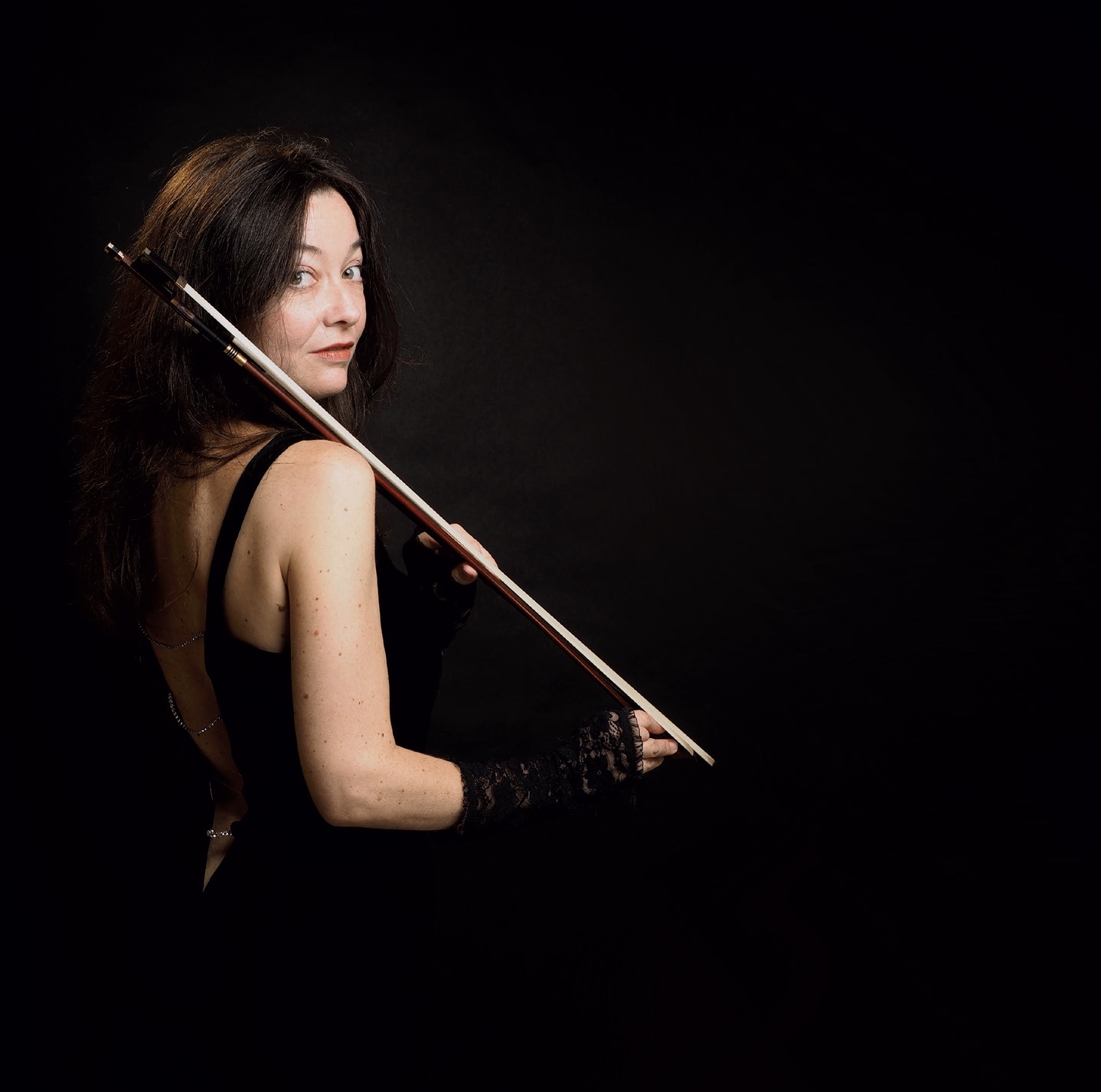 This new release, presented as a ‘concept-album’ around Maurice Ravel, is not just another Ravel Highlights. It is an emotionally led, deliberate choice. It has numerous points of interest not found elsewhere. Firstly, the use of gut strings and special bows, as was customary in Ravel’s time; Secondly, the chosen pianos, one of which ‘prepared’, a so-called piano-luthéal, (to be used in one of the reductions Ravel made for his “Morceau de virtuosité dans le goût d’une rhapsodie hongroise”); and thirdly, in line with its conceptual raison d’être, the selection of compositions, namely the ones Ravel wrote for his dear friend, Hélène Jourdan Mourhange, affectionately called ‘Moune’.

A musical dinner of choice

Following the order of the menu, I had my appetite whetted by a lovingly shaded performance of Ravel’s ‘Berceuse sur le nom de Gabriel Fauré’, composed for Moune. A truly exceptional beginning of this excellent recital. The soft-edged tone of Lina Tur Bonet’s violin lends itself most compellingly to the magic of the melodie.

La pièce de résistance is no doubt Ravel’s Sonata for Violin and Piano. It is sometimes referred to as Ravel’s second as he wrote another one while still studying. For the record: This Sonata was published as recently as 1975 under the title Sonate No. 1 ‘Postume’.

As demonstrated in the Sonata, Lina’s artistry covers a wide scale of tastes. With strong, decisive, full-blooded poetry, she remains fully in control throughout the first movement. The proof of the pudding, however, lies in the handling of the Blues. It took Ravel a long time to decide why and how to do it (the Sonata took him many years to complete), but it took Lina only a fraction of that to convince me that she and her piano partner, Pierre Goy, strummin’ the keys, had ‘it’. A fascinating translation of the blues into the realm of classical music. Indeed, Lina’s blues is one of the finest I’ve heard in a long time, though not in terms of tristesse or melancholy, but of a ‘courageously accepting facts of life’ kind of character. In the third ‘Perpetuum mobile’ movement, Mme Tur Bonet brought all her virtuosity to bear without blinking an eye. Secure bowing and her tonal perfection are most impressive.

The perfect kind of virtuosity

The Sonata being of a level that can proudly withstand any competition, with the Tzigane she enters the world of virtuosi and for me the real summit of the menu. Interestingly, Lina says in her personal notes that “… contrary to other virtuosic music, [Ravel’s] does not seem empty or banal at all”. The importance of this view is thoroughly reflected in her reading. It is not just about glamour and glitter. The introductory solo is played with a rare sensitivity, going beyond following the notes in bland succession. Moreover, with her superb technique, she gracefully emulates what Ravel must have felt when listening to the Hungarian violinist Jelly d’Arányi playing Bartok’s First Violin Sonata, a feeling he so genially recreated in his ‘taste of a Hungarian rhapsody’ and dedicated to her.

For this recording having opted for Ravel’s version with piano-luthéal, an instrument that is no longer readily available, it enhances the gypsy-like atmosphere of the Tzigane with the additional cymbalom sound this piano can deliver. Whilst the violinist takes centre stage, I’d like to draw listeners’ attention to Pierre Goy, playing the piano and handling the stops for the cymbalom so adroitly. A wonderful experience.

For most perhaps an odd element in the programme, the duo for violin and cello is a splendid example of a tour the force that can only make sense if played by two equal musicians complementing each other in an intriguingly exposed counterpoint balancing act. Here Lina is in ‘conversation’ with cellist Marco Testori. In, or rather under, the hands of both this fascinating piece of music comes to life.

Its first performance was not an immediate success. Ravel wanted the violin to sound like a cello and vice versa. In the plucked second movement, the listener needs to listen with both ears wide open, as the two instruments become so intertwined that it is at times difficult to hear who is playing what. Is this the essence? Like a colourful bouquet of wildflowers of all kinds bound together, including those one might call ‘weeds’, but what we in France now call ‘des herbes bio indicateurs’. Sweets are served in the first and third movements, whereas the final movement concludes a delicious meal with ‘Vif’ accentuated satisfaction.

In praise of Moune

With a Sonata that counts among the very best, a magistral Tzigane in a seldom heard version with Luthéal piano, a perfect blend between Violin and Cello in Duet, and, finally, and not in the least, an affectionate personification of Moune in a charming Berceuse, this new release carries off my highest praise, and surely that from anyone else enchanted by such committed musicians as Lina Tur Bonet and her partners, Marco Testori and Pierre Goy.

As for the recorded sound: Good wine does not need a crown. Challenge Classics’ best releases, and this is one of them, are invariably engineered by Bert van der Wolf’s Northstar Recording Services, so you know what to expect.

Both pianos used in this recording are the property of the Musical Instrument Museum in Brussels, Belgium, where the recording took place as well.