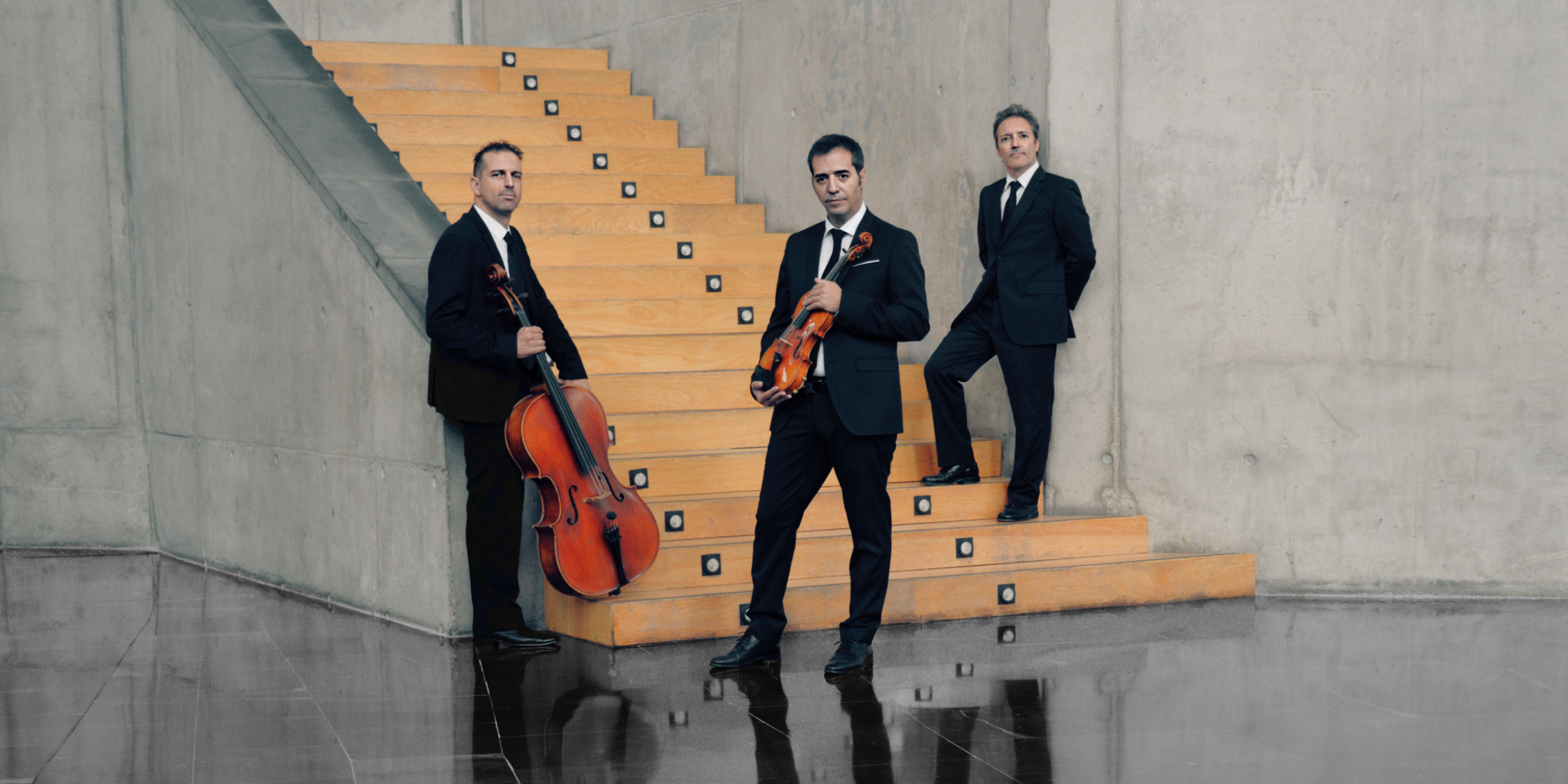 Some might feel that under the present circumstances one should stay away from anything Russian. I think that we ought to realize that not all Russians support the ruler and his ideas. Several artists have – and some even openly – criticized the Russian invasion in Ukraine whilst quitting their jobs in protest. Seen in that light, it is a chance to put things in perspective with this Eudora release of two “elegiac piano trio in order to honour the memory of a close friend”, written by two erudite Russian composers.

An awkward masterpiece with a complex structure

Tchaikovsky’s Piano Trio “To the memory of a great artist” is an awkward composition. A twenty minutes long first movement is followed by thirty minutes of variations on a theme “Andante con Moto’. Unusual as that might be, it nonetheless is a work of such superior quality that many prominent artists have included it in their core repertoire. We can now add Trio Arriaga to that list.

Interestingly, the composer himself was at first not fully satisfied with it, as may be seen from the many corrections in the original score, nor was his colleague and pianist, Sergey Taneyev, rewriting several piano parts. The version we know now is, therefore, the revised and partly rewritten one. Due to its unusual length of around 50 minutes, it poses the hazard of maintaining emotional tension, whilst keeping the listener’s interest from start to finish. Not something within easy grasp of the occasional trio.

Against this backdrop, we must commend the three soloists: Juan Luis Gallego (violin), David Apellániz (cello), and Daniel Ligorio (piano), members of Spain’s acclaimed “Trio Arriaga”, for the result. In the first movement, they persuasively convey the tragic mood Tchaikowsky must have felt for the passing away of his teacher and friend, Nikolai Rubenstein’. It is played with all the ‘leidenschaft’ and compassion it deserves. It is in the Variations where the greatest risk for less competent interpreters lies. Overall coherence is the key to a balanced performance (and I may add that an important part comes from the sound engineer, Gonzalo Noqué). The members of “Trio Arriaga” demonstrate their musical skill by successfully highlighting the superb quality of the compelling elements, thus turning Tchaikovsky’s Piano Trio into a well-thought-through monument of chamber repertoire.

In the high-resolution catalogue, there are other interpretations available. Some good, some better, and some less so. Like in most cases, it’s also a matter of personal appreciation to select the one you like best. To that end, this new reading has surely put its stamp of excellence on the selection sheet, meriting further exploration by serious music lovers. I for one was greatly impressed by the way these three Spanish musicians were able to embody the Slavic plaintive ‘cheers and tears’ character of the music.

Against all war machines

Shostakovich’s 1944 Second Piano Trio is arguably the better of the two. Though written in memory of a close friend and mentor, Ivan Sollertinski, artistic director of the Leningrad Philharmonic, we may assume that it also has been influenced by wartime horrors committed by the Nazis and even implicitly directed against those of the ruling Communist clique. Comparison with his seventh (1941, ‘Leningrad’), and the even more stringent eighth symphony (1943 ‘Stalingrad), comes to mind. These, too, were wartime-inspired and a testimonium against terror and repression from both sides. (It may be recalled that during the siege of Stalingrad there were Russians posted behind the lines of defense, who were ordered to shoot any Russian soldier coming back from the front!).

The sorrow, angst, insecurity, and feelings of helplessness, are all present. Trio Arriaga must have put their entire heart and soul into this reading, and the result is most disturbing in all its expressions. From the eerie, desolate start, the nervosity in the ‘Allegro con Brio’ (and virtuoso it is), via the ‘tristesse’ in the third, to the brooding outcry and subsequent resilience in the final movement, they grab you – metaphorically spoken – by the throat and won’t let go until it is all over. It lasts even for some time after it is finished. Tchaikowsky is a top choice, but Shostakovich is a must!

Much attention has, as always with Eudora, been invested to attain a splendid result, though I would have liked a bit more warmth from the piano, albeit that I realize that some of it is inherent of the scoring.