The Man at the Keyboard, or How to Solve A Collector’s Headache 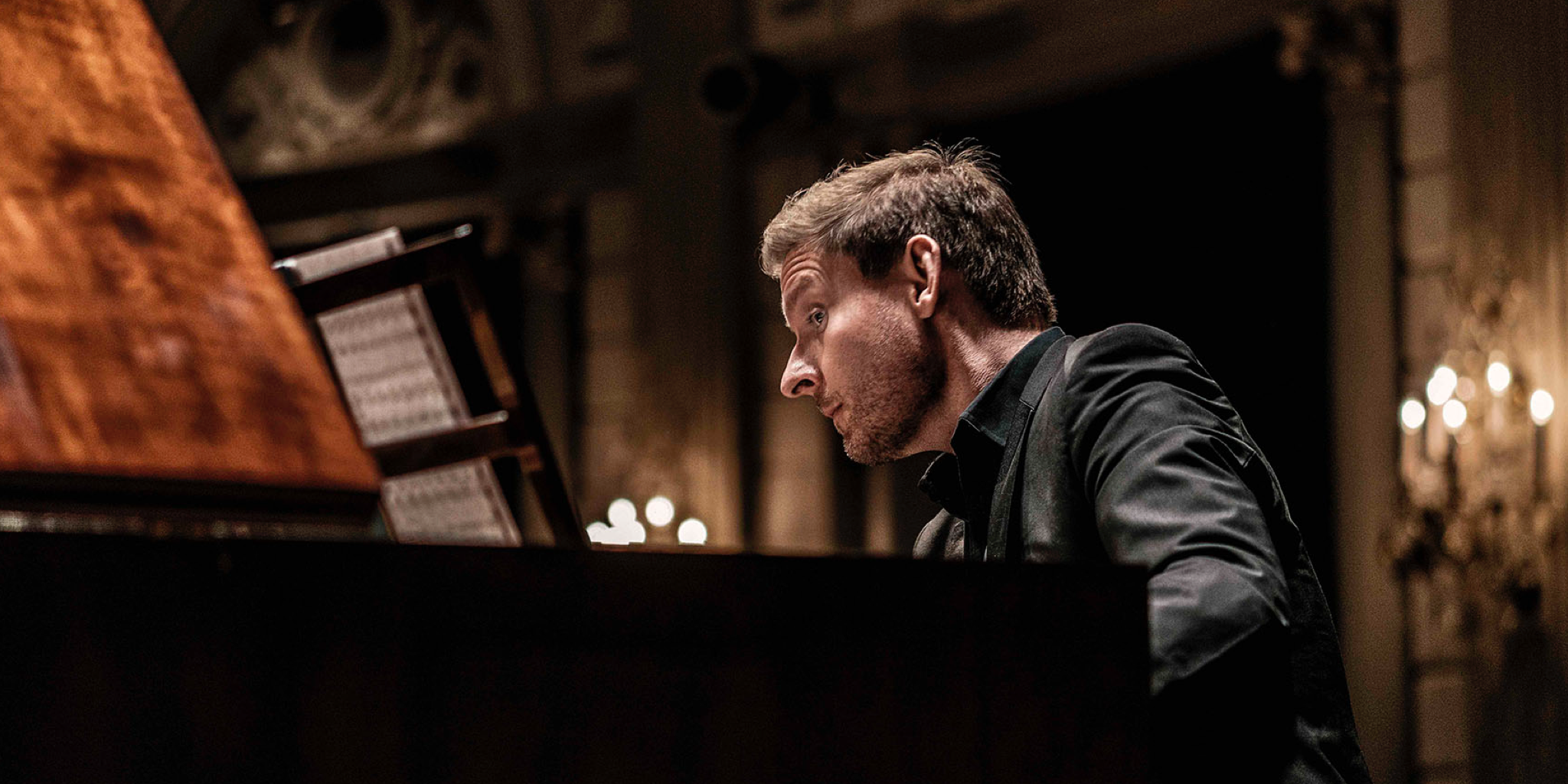 Unless you are lucky enough to have a box set of complete (?) piano sonatas, which only exists in the CD format, or, if that is your preference, Tom Beghin’s hi-tech sound reconstruction ‘The Virtual Haydn’ it is an impossible job to collect all of Haydn’s piano sonatas without doublures. So far, I’ve managed to have no more than two of the same, though my collection in Hi-Res is still far from complete. For those short on cash, this can be a real dilemma. If unavoidable, one may opt for mixing fortepiano and modern concert grand versions, or else, looking for unusual extras, sometimes disrespectfully called ‘fillers’.

If that is your take, then this recent release should be high on your wish list. It has no less than three advantages. Firstly, because the fortepiano used is one of those famous McNulty copies, this one of an Anton Walter & Sohn (Vienna, 1805) from the Alexander Skeaping collection with a beautiful well-developed sound. Secondly, because it has the seldom recorded Variations on the theme ‘Gott erhalte Franz’ (God preserve Emperor Franz) from the String Quartet op. 76, no. 3, the ‘Emperor’, plus the popular Variations in F minor, Un piccolo divertimento, Hob. XVII:6. The third advantage and, of course, the main reason for welcoming this release: The man at the keyboard.

“Revealed only during the actual act of performance”

In the world of fortepiano specialists, Kristian Bezuidenhout belongs, together with such players as Robert Levin, Ronald Brautigam et al. to the absolute top. For instance, his complete Mozart sonatas (2021 harmonia mundi HMX 2904007.15) collected maximum laurels but is as a box set unfortunately only available in the old RBCD format. In the liner notes of this new album, Bezuidenhout explains that “It is fair to say – in a spirit of total honesty – that I have never had the same sort of relationship with Haydn’s music as I have had with Mozart’s”. However, “When harmonia mundi sounded me out about the possibility of recording a disc of Haydn piano music, I decided to confront these prejudices finally and to find a way into this remarkable body of music“. The result is here, as well as the proof that “so much of the secret beauty of this music is revealed only during the actual act of performance”.

The Difference Between Boring and Adoring

We may or may not agree with Bezuidenhout’s reasoning, fact is that without any substantiation of Haydn’s intentions, his sonatas risk sounding ‘empty’, like though there is nothing behind the notes. And isn’t intimate knowledge just that what makes the difference between one account from another? Why one interpreter has something to say what another is unable to convey? In simple terms: It is the difference between boring and adoring. Through Bezuidenhout’s ‘searching’ approach in the Sonata in C Minor, Hob.XVI-20 he creates the amazing effect of giving the audience direct insight into Haydn’s creative tale. In Bezuidenhout’s words: “Some kind of figurative journey, where one is unaware of what the next turn in the road will bring”. With several versions at my disposal, I’ve not heard this Sonata played like this before.

This ‘compositional improvisation’ style finds ample expression in his eccentric Sonata in C major Hob. XVI:48, lending further support for Bezuidenhout’s views. Consisting of only two movements, the first is a series of variations, superbly presented in a magnitude of colors, crafted from simple ideas, yet not having anything simplistic. Here, too, Bezuidenhout surprises the listener with his cautious and intelligent phrasing of each of Haydn’s inventions as though they flow straight from his (Haydn’s) lively fantasy, to be subsequently molded by Kristian Bezuidenhout into a ‘finished product’.

What others may describe as an exercise of techniques in the Variations in F Minor, Hob. XVII:6 becomes under the hands of Bezuidenhout an exploration and expression of the ingenuity of Haydn’s compositional skills; un piccolo divertimento carefully extracted and presented with admirable clarity and honesty.

The Beginning of a Complete Set?

Although this Haydn release is not labeled ‘Vol I’, I for one would hope for further volumes to follow until full completion. Based on the extraordinary and revealing quality of these performances it has all the virtues of becoming the fortepiano reference set.

The surround sound brings the listener close to the pianoforte, but the engineers have taken all precautions that none of the instrument noises are heard. And those who prefer Haydn’s keyboard sonatas to be performed on a concert grand should reconsider their preference. The McNulty copy of the Anton Walter & Sohn (Vienna, 1805) used in this recording is a real beaut’ of an instrument. The silvery highs, the purring lows, and everything in between are exploited to maximum effect by the man at the keyboard with affection and infinite competence.