Interview with the musicians of “Reflections” 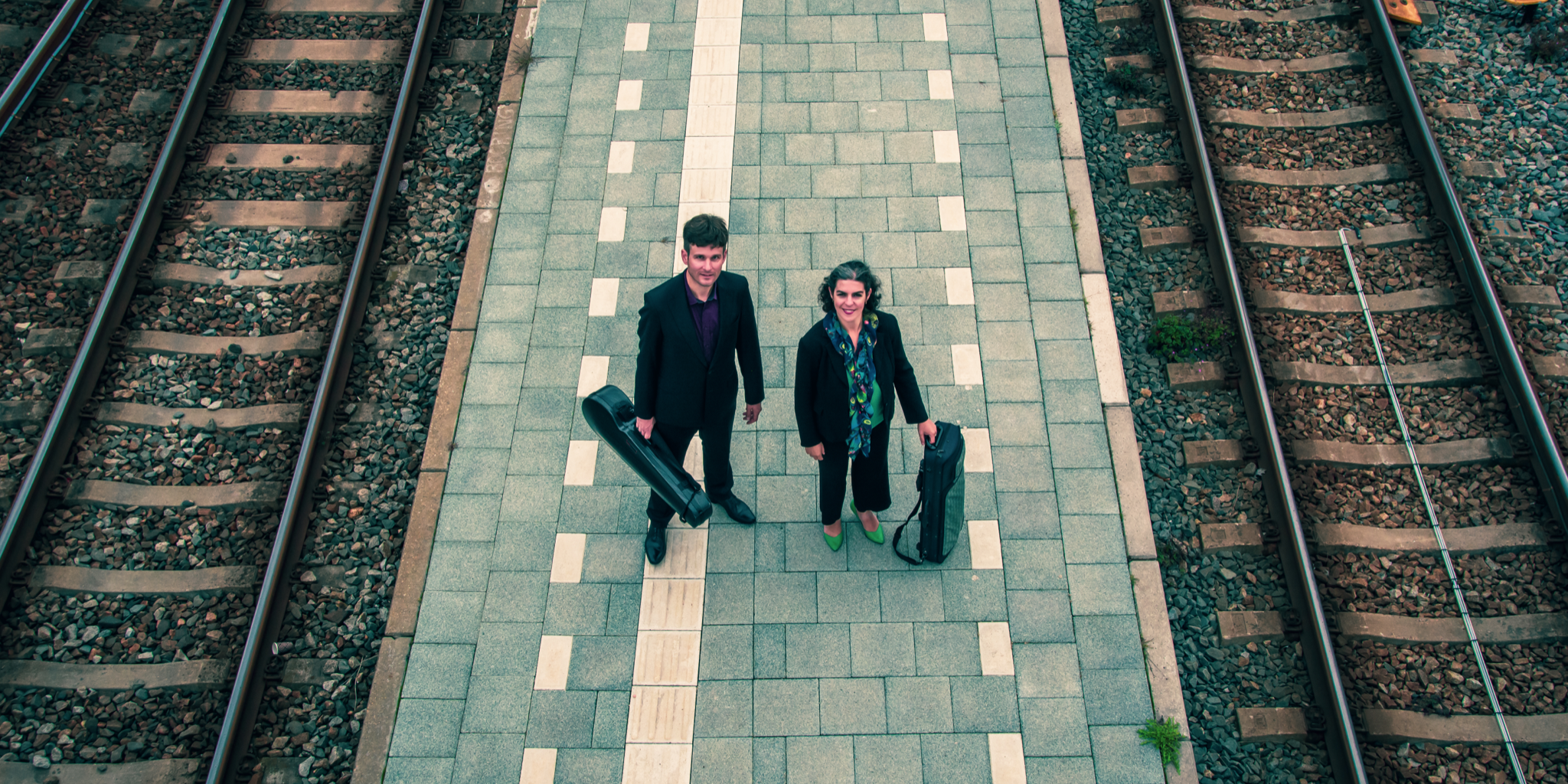 Why is the album entitled “Reflections”?

R: We were playing with the idea of a musical conversation, featuring the recurring theme of canons and imitation throughout the album. The ambiguity of the word “reflections” spoke to us most of all options: we identify with the idea of mirroring each other’s voices in a new shade of light or tone, and “reflecting” also stands for many years of discovering and rediscovering these wonderful pieces, as we’ve done since we started playing together in 2008. Thirdly, we feel that this album represents the expression of two artists reflecting on their role and the power of music in these surreal times.

The two of you play as if you were one soul with lots of arms! The two instruments combine in a way that the whole is greater than the sum of the two parts. Is that because you are married and parents? Were in the Rubens Quartet for years? Living in confined conditions with the pandemic?

S: I suspect it’s all of the above. We met as colleagues in the Rubens Quartet so we had a working relationship prior to a personal one, and I think that’s part of the reason we’ve always been able to collaborate so well together professionally. And of course sharing a home and raising a child together have only strengthened our bond in life and in music. The pandemic has made us even more grateful for our collaboration which is why we decided to make this document in the form of a recording.

R: We have actually played together for longer than we have been a couple, and certainly for much longer than we have been parents. Throughout the various stages of our professional lives we have joined forces in many different roles, of which the Rubens Quartet was perhaps the most significant one: playing string quartets on a high level has turned out to be the best training for maintaining fruitful relationships in music and in life.

The composers–  des Prez and di Lasso, Bach, Martinu and Toch–  you cover a lot of years and eras.  Opening with the des Prez I heard the violin and viola as the pure voices of a Renaissance choir.  But then your “voices” were doing Bach as if this combination were all he ever composed for.  And then the Martinu!   I think the thing that surprised me the most was I was really not paying attention to the changes in styles or era. All of the pieces just seemed to work together. Is this something you were trying for?

R: This is exactly what we hoped for! Even greater than the variety of styles on this album – presenting music from roughly 500 years of music history – is the unexpected similarity when it comes to the canonic aspect of our musical conversation. This continuous dialogue is always changing, and it is one of our greatest sources of inspiration in the music.

S: In our eyes, music is music, no matter the style or the period. We thought it was interesting to explore the possibilities with the combination of violin and viola, and chose to include the canons from the Renaissance and Baroque periods since our instruments can easily imitate female and male voices.

Practicing together is one thing, but with the added confinement of the pandemic, did you ever feel like …. Enough is enough!

S: Haha, we definitely had our moments! When we were preparing this recording in August, there was a heat wave in the Netherlands and our house doesn’t have any air-conditioning. We had to rehearse whenever our daughter was asleep, so there were some very long and sweaty days. But we survived!

R: Making an album is both extremely gratifying and confrontational, so yes, when digging deeper and deeper during the preparations of the recording, it wasn’t always easy. A big advantage was that – without realizing it – we had started preparing for “Reflections” already twelve years ago!

The community of musicians is feeling the loss of exposure and income–  how will we get back to a place in which fulfillment and being able to make a living are again a real part of life?

S: That’s a very good question and it’s a difficult one to answer. I for one feel very grateful that I can continue working with my students and have had some opportunities to play this fall, as a guest concertmaster with various orchestras (with a facemask and my own music stand), and as a substitute in a string quartet for a few weeks.

If all goes well, what do you hope to be able to do next?

S: We have a lot more repertoire for our combination of instruments up our sleeve, so who knows, maybe a second album will appear at some point?

R: We consider ourselves fortunate to have the option of playing and performing chamber music, which is our biggest passion and musical specialty to begin with. Compared to bigger groups of musicians, we are much more vulnerable but also more flexible in a crisis like the current one. After this is over, hopefully our audiences will return to attending live concerts, which we will be happy to perform for them. Since the album was made, we have added a lot more pieces to our duo ‘bucket list’. Enough for many more concerts, and possibly more albums as well!