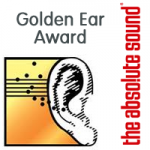 In 1907 Rachmaninov had withdrawn with his family to Dresden in order to work in complete isolation. This is where the Second Symphony was created. It had its highly successful premiere in the Marinsky Theatre of St. Petersburg in January of 1908. Like his other symphonies, the work begins with a motto-like theme reminiscent of Russian Orthodox liturgical music. Out of this a long-spun, mournful melody develops and serves as a constant motive throughout the first movement. The second movement is a lively scherzo, but there is a hint of menace in the horns introductory Dies Irae motive. Half way through the movement, the dizzying fugato is momentarily silenced for an episode of passionate romanticism. The Adagio is the most famous movement, and the most consistently described with superlatives. It is a miracle of melodic invention. The beautiful clarinet melody seems endless and appears to grope forward in a kind of trance, searching for words to express its love. Is it entirely fortuitous that the atmosphere is that of the love scene in Rachmaninovs opera “Francesca da Rimini”? The Finales mood is stormy and once again brings forward all the previous themes, but this time arranged in new constellations, leading to an effective conclusion.

The result is a solid, well-nourished performance that impresses based on the orchestral detail that the conductor manages to coax out of the Budapest Festival Orchestra as well the first-rate playing.

The Rachmaninov 2nd is my favourite, Fischer discovers much hidden beauty in it, with translucent textures and uncanny precision. Passionate but never sentimental, with subtly graded dynamics and perfectly chosen tempos, this is surely what Rachmaninov intended.

This recording creates a recorded orchestral sound unlike any I have heard: intimate, clear, realistic, involving, rich…. the playing of the orchestra has the shared intimacy of chamber music but the unanimity of a single passionate vision with solos of distinct musical personality…this is something new, exciting and, above all, outstanding in quality.

Ivan Fischer’s performances are so carefully considered and are played with such refinement and control by the Budapest orchestra, that they more than justify the release. Fischer’s pacing is unerring; he lets the drama in both symphony and overture catch fire slowly, with the result that the final climaxes are unequivocal, while providing endless perfectly articulated detail along the way.

How many times have you read the phrase “one of the worlds top five orchestras”? What of say the Budapest Festival Orchestra? If an illustrious past is as important a criterion as an illustrious present, the BFO are unlikely to make the worlds top five. Founded in 1983, they are mere babes to the grand old men of London, Berlin and Vienna, and only over the last decade have they become a full-time operation. But what a decade! What style, what technique, what sound, what personality, what unanimity, what attack, what passion, what dynamism, what total engagement. this is a body of players raised in the same musical culture and speaking the same musical language as each other and there cofounder and Music Director Iavn Fischer…. an orchestra capable of playing Wagner and Liszt with the immediacy, flexibility and expressivity of a chamber group.

Fischer turns in what is unquestionably the finest version of the Rachmaninov Second Symphony to come along in years. His affection for and identification with the composer’s idiom is complete. The performance flows majestically, with a lightness of texture that never precludes passion, and real emotional warmth that never turns sticky or overly sentimental. In this symphony, that is no mean achievement. Fischer’s sense of timing and control of tension is unerring. The grand return of the motto theme in the closing pages, superbly prepared and once again played as written, without spurious cymbal crashes, offers fulfilment without bombast and brings the symphony to a joyous conclusion that in retrospect sounds absolutely punctual. And there’s really no higher praise regarding a work that even the composer recognised has a serious tendency to sprawl. From the rock-solid bass to the brilliant crash of the cymbals and ping of the glockenspiel, listening in both formats is an unalloyed pleasure. Channel Classics continues to lead the industry in demonstrating the virtues of surround-sound. The added depth and spatial coherence produced by discrete use of the rear speakers is never purchased at the expense of the stereo soundstage or at a sacrifice in ensemble coherence resulting from the illusion of excessive front-to-back depth. I can’t recommend this performance highly enough: everything about it is excellent, and it merits the enthusiastic attention of anyone who cares about top quality music-making presented in state-of-the-art sound.

Fischer is at pains to demonstrate their sinuous strengths, drawing a rich range of colours from his very accomplished players

Iavn Fischer an his magnificent Budapest Orchestra have made a Rachmaninov Second for our time staggeringly played and recorded. Do try to hear it in surround! () Fischer conducts the piece as Rachmaninov might have played in: with a free and malleable sense of spontaneity. Channel Classics has complemented his reading with a lovely, open and natural production. Fischers Budapest strings arent about imitating the Rachmaninov style; they inhabit it. His musical storytelling is exceptional. Gramophone