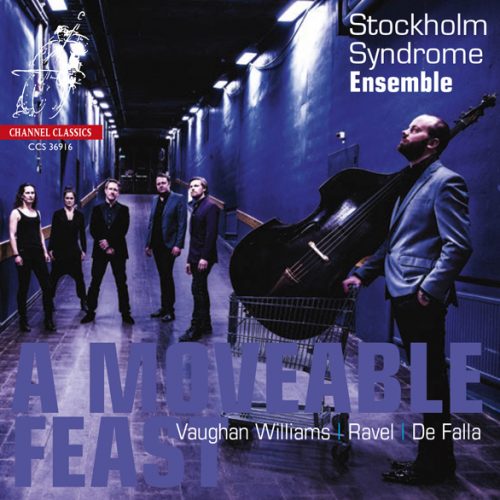 The music on this disc has a very specific location and time at its heart. Paris in 1907. Fin-de-siecle Paris was absolutely the eye of the creative storm and most of the great musical minds from Europe and further afield either lived there or passed through. The Englishman Ralph Vaughan-Williams and Spaniard Manuel de Falla both came to study there and both were accepted in to Maurice Ravel’s close circle of friends (Vaughan-Williams as Ravel’s student). It is not certain if they ever met but both Vaughan-Williams and Falla were certainly acquainted with one another. Stravinsky who was also in Paris at the time recalled the regular soirées at the home of Cipa and Ida Godebski where he first met Falla and Vaughan-Williams. Whilst Vaughan-Williams’ and Falla’s unique musical voices are inextricably linked to the music of their respective homelands their time in Paris made a huge impression.

(…) marvellous release (…) Internal balance is excellent, so no register dominates and despite the piano having a very realistic, powerful, gutsy sound it never overwhelms the other instruments, which is down to both the player and production team.

(…) Throughout there’s a feeling of musicians listening and responding, enjoying each other’s company. (…)

This latest disc from Sweden’s Stockholm Syndrome Ensemble is a well- played and well-recorded Album with music by Vaughan Williams, de Falla and Ravel. It’s a somewhat eclectic mix, but actually all the composers represented were alive during roughly the same period. Is there more to this grouping?

Yes, according to the group. The music has a very specific location and time at its heart: Paris in 1907. The Englishman Ralph Vaughan-Williams and Spaniard Manuel de Falla both came to study there and both were accepted into Maurice Ravel’s close circle of friends (Vaughan-Williams was Ravel’s student). This program is built around the thought that these three very different artists were all in Paris at the same time discussing music and inspiring one another.

The liner notes included with the disc go into great and interesting detail about the music being performed, and make a good case for the combination. It’s a good read, and illuminating. I don’t usually even mention liner notes in a review, but these are noteworthy. The performances are excellent, and it’s nice to hear music by each composer combined in this unique way.

In terms of the recording, it’s excellent, with natural string sounds, a realistic spread of the soloists between the front speakers, and good dynamics.