Four decades on from the founding of Opus 3 Records by Bo Hansson and Jan-Eric Persson, Footprint is proud to launch a series of re-mastered editions of some of this iconic audiophile labels most cherished recordings – beginning with this portrait of the Czech composer Peter Eben.

Eben was a neo-expressionistic composer whose music continues to exercise a lasting influence on the choral and organ world more than a decade after his death. He explored the relationship between improvisation and composition like few other composers in history. His music was born of intense faith and rigorous craftsmanship, one reason he is often spoken of as a Czech counterpart to Olivier Messiaen.

That music made a huge impression on the Swedish organist Johannes Landgren, who travelled to Prague to study with Eben and performed the composer’s complete works for the first time in Sweden. At the heart of this portrait of the composer originally released in the early 1990s are Landgren’s performances of the monumental organ masterworks including the hymn of gratitude Laudes and his work inspired by Marc Chagall’s stained-glass windows, Okna.

Also included on this portrait of Peter Eben are the composer’s madrigals Desire of Ancient Things, his song of praise to the sun Cantico delle Creature and the extended aria based on texts from the Old Testament, Lied der Ruth featuring soprano Helena Ek.

Per Sjösten’s re-masterings from Opus 3’s original analogue tapes (using the company’s single Blumlein stereo microphone) are accompanied by extensive documentation including the 123 pages of Landgren’s thesis on Eben’s work and its interpretation. An essential release for anyone interested in twentieth-century or organ music, and the start of a major new series for Footprint. 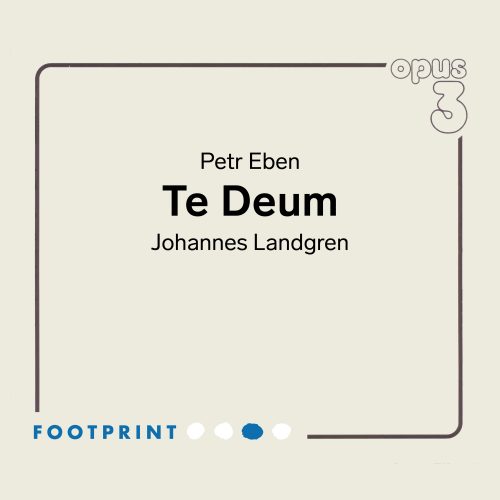