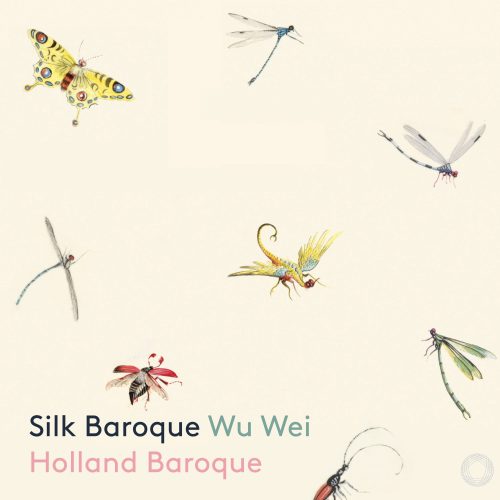 Silk Baroque is a DSD release that brings together Wu Wei and Holland Baroque. It features a program of Baroque Music with beautiful Sheng sounds. The music, composed by Purcell, Bach, Vivaldi, and Telemann along with traditional music from China, has been arranged by Holland Baroque’s artistic team of Judith Steenbrink and Tineke Steenbrink. (Native DSD Music listeners will remember Judith and Tineke Steenbrink from the DSD Sampler “8 Ensembles in 1 Bit” on the Just Listen label.)

Speaking about this special collaboration, Wu Wei says, “Baroque music is like light. It touches you and attracts your attention whether you want it or not. You get caught in it and I mean both in positivity, and in nostalgia, and heartbreaking sorrow.”

Holland Baroque says “Wu Wei is a contemporary musician who comes from an ancient tradition. It’s no coincidence his Sheng case has a sticker on it that says: ‘Good things stay, new things arrive’.

Holland Baroque totally agrees with Wu Wei’s view of life. On the album Silk Baroque, ancient Chinese traditions are interwoven with baroque elements and improvisations. Old music does not exist; the music is only finished when you play it. We look forward to the new album with this incomparable sound virtuoso.”

Silk Baroque is available today in Stereo and Multichannel DSD 64 at the Native DSD Music store. Save more by using the ST+MCH button when ordering both versions of the album at the store.

Great arrangements that introduce the Chinese sheng to the likes of Telemann and Rameau. In some parts reflective, in others feisty and even folky, it’s inventive and rarely dull.

Fresh perspectives dance before us. Feet start tapping. This album is a summer joy.

While there are 15 labelled tracks, few of them are identifiable on the album itself, which plays an almost continuous flow of music, crossing stylistic, temporal and geographical borders with a freedom and abandon which is startling. You simply do not know where the corners are, let alone what you will find around them.

One thing, and one thing only, is guaranteed. And that is that the players of Holland Baroque – 12 of them on traditional Baroque instruments – have all the freshness, vigor and stylistic integrity of the very best baroque ensembles around. We do get to sample them on that home turf, as it were, in a truly invigorating performance of the Sinfonia to Telemann’s Cantata Sei tausendmal willkommen (TWV13:9a), but that is one of the few “straight” performances on the disc.

Otherwise, a (usually) Baroque musical core is transformed by the addition of other musical voices – a soprano (Sojeong Im), a percussionist (Matteo Rabolini,) and the sheng virtuoso Wu Wei – into a kind of global and ageless aural experience which is nothing if not utterly fascinating. Wu’s hauntingly evocative solo in the traditional Chinese Dancing Song of the Yao Tribe is one of the more memorable features of the disc.

Judith and Tineke Steenbrink, who have made all the arrangements and functioned as Artistic Leaders of the whole project, have written an explanatory essay in which they describe the Sheng as “a miracle of harmony, melody and rhythmic possibilities”. It seems this is what fired their imagination and inspired them to see what would happen when ancient Chinese and western traditions were brought together.

Many composers attempt to fuse ancient Chinese with modern western musical ideas, but this fusing of two historic musical genres is very unusual. Yet it is curiously effective. The Steenbrinks ask, “How does the Sheng fit with Rameau and Leclair?”.

The answer seems to be pretty well, when the playing is so accomplished, the musicians so sensitive to each other and the arrangements so empathetic with both sides of what might, in other contexts, be seen as a divide but here is a totally intriguing fusion.

This fusion of Baroque chamber orchestra and Chinese instrumentation — not only the sheng, but also erhu and bawu — is something other than just blank pastiche. It does not reproduce a historical setting, but it might have.

For one thing, Western and Chinese musicians are known to have interacted in the 18th century. One Western player, known as Dede the European, even earned fame at the Turkish sultan’s court. The sheng, in fact, was introduced to Russia around 1770 and was likely the parent of the accordion, the harmonica, and the other members of the free reed instrument family. Thus Silk Baroque, which combines the sheng and the Holland Baroque ensemble in various ways, has a nice feeling of how musicians might have felt their way in encountering unfamiliar music.

Another point is that Dutch arrangers Judith and Tineke Steenbrink have placed the Chinese sounds in the context of a wider experimentation with exotic sounds in music of the 18th century. Telemann, who was a pioneer in this regard, and “Melante,” the murky alter ego of Telemann, are present with a polonois that in Judith Steenbrink’s arrangement becomes a Polonois Chinois, and other experimental composers of the day (Rameau and Jean-Féry Rebel) are also prominent.

The whole project sprang from a chance meeting between sheng player Wu Wei and the Steenbrinks, and it has a pleasantly organic feeling with of exploring various solutions to the problem of combining Chinese and Western music. Among these solutions are the use of Western pentatonic melodies, the use of the sheng as a kind of concerto soloists, and the use of the Chinese instruments as a sort of sonic wash, which can be quite haunting.

There are also solo works for Wu Wei drawing on traditional Chinese music. This may appeal most to listeners specifically interested in the idea of musical fusion, but it has a delightfully offbeat quality that’s listenable for anyone.

To borrow from the psychologist James J Gibson, our eyes are on ‘the head on the shoulders of a body that gets about’. The same goes for our ears. In other words, when listening to a recording we don’t just use our ears, but bring to it our entire selves – our walking, eating, breathing skin-covered selves.

Before I describe the wonderful feast of sonic fusion that is this release from Holland Baroque and Wu Wei, then, I’ll lay my cards on the table. So rarely do I come across a recording that seems to speak directly to me, to my identity. As a performer and musicologist, I am immersed in the music of the high Baroque.

Often in my ‘day job’, I wonder how my Chinese ethnicity emerges. The answer is rarely: the musical language of 18th-century German men – Handel, Bach, Telemann – has become my mother tongue. This musical encounter between Holland Baroque and sheng virtuoso Wu Wei, in many ways, produces sounds I have been searching for my entire professional life.

The album is made up of extremely clever arrangements by Judith and Tineke Steenbrink, the masterminds behind Holland Baroque, in which works of the Baroque are fused with the sound world of ancient China.

The sounds that Wei conjures on his sheng, a Chinese mouth organ, are tough to describe. Sometimes they are ethereal, a prophecy spun on the air. They can also be entirely present: a carnival on your doorstep, rowdy, drunken and wild. And Wei can also make his sheng scream in poignant pain.

At the heart of the album is a solo improvisation dedicated to his father that intensely unfolds into Telemann’s Harlequinade in which Holland Baroque, fleet of foot, whirl in a hallucinogenic madness. There are also traditional Chinese songs, such as the Abendmusik that evaporates into the night. A sense of the improvisatory pervades the album, even the arrangement of Bach’s Andante from BWV1003; this is music made brand new. And in ‘Tristes apprêts’ from Castor et Pollux, Wei slides between notes of Rameau’s melody as if he is conjuring it there and then.

The geographical meandering and sense of exploration are particularly successful given the length of the tracks. The listener is given time and space to settle into far-reaching sound worlds that sometimes have unexpected destinations. In What about some bells, the opening track, Judith Steenbrink’s arrangement of Telemann takes us from China through folk-like reels to the land of cowboys and bluegrass.

The cultural reciprocity of the disc is astounding – the listener begins to hear the Baroque in Wei’s Chinese performing traditions, as well as to find elements of the Chinese aesthetic in the historically informed playing of Europe. There is an overwhelming – and emotional – sense of a land being shared, of common ground being marked out and danced upon. While I agree with the Steenbrinks that ‘the Baroque can be found in many places’, here, in this wonderful meeting of cultures, the Chinese can too.

Wu Wei is one of today’s most important Sheng players worldwide. Just like Holland Baroque, he is a guardian of ancient traditions and a sound innovator at the same time. Sometimes silky soft and sometimes mind-blowing energetic. By playing sounds from European Baroque and Ancient China, these top musicians pay tribute to today’s Baroque music.

The innovative lies in the combination of both elements: baroque music and an instrument that represents traditional Chinese folk music that is thousands of years old. Today this album relates to the way Holland Baroque deals with baroque music, and that is indeed different from normal. Tineke (violin) and Judith (keys) Steenbrink are the ambitious leaders of an ensemble that calls itself Holland Baroque, but that wants much more than just baroque. However, what they do not want is the sales baroque with which we are beaten to death in the elevator.

They seek confrontation with other musical worlds that respect each other’s integrity and thus arrive at a new sounding amalgam – innovative without changing your sound. They have already shown this in collaboration with jazz trumpeter Eric Vloeimans (album on Channel Classics available at NativeDSD). Here they introduce us to Wu Wei, virtuoso player of the three thousand year old Sheng.

The Sheng is built according to the harmonica principle, with a kind of organ pipe to enhance the sound. The introduction of Wu Wei to the Steenbrink sisters has led to an album that dates back to the 1970s, a concept album.Such an album should preferably be listened to from start to finish, with transitions deliberately misty, but the attention is kept exciting from start to finish through wonderful combinations.

The resounding result, in this case, is flying in all directions – from an arrangement of the Andante from the Sonata for Violin Solo BWV 1003 that gives purists shivers, to an Abendmusik on which Wu Wei wonderfully hovers on the Erhu (Chinese Violin), probably for connoisseurs of world music not to plum. Or what about Rameau’s top hit Tristes Apprêts in a tearing arrangement for the sheng and humming soprano, opposite the Dancing Song of the Yao Tribe, where Wu Wei shows himself on the Bawu, a Chinese Flute.

The power of this album is not in the parts but in the sum of it. Do not expect pure baroque music and authentic folk music, but enjoy the sophisticated arrangements that take the form of compositions. A tour de force of two Dutch musicians and one Chinese virtuoso. Beautifully recorded! 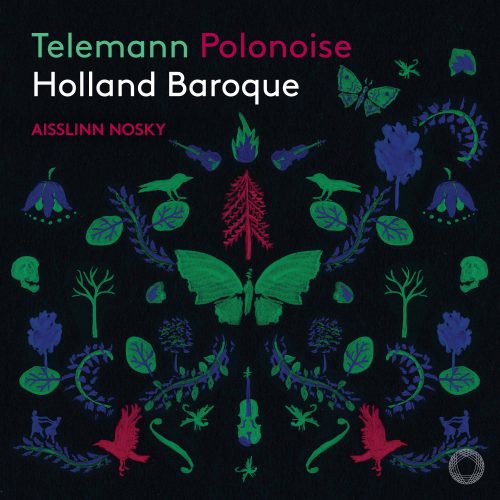 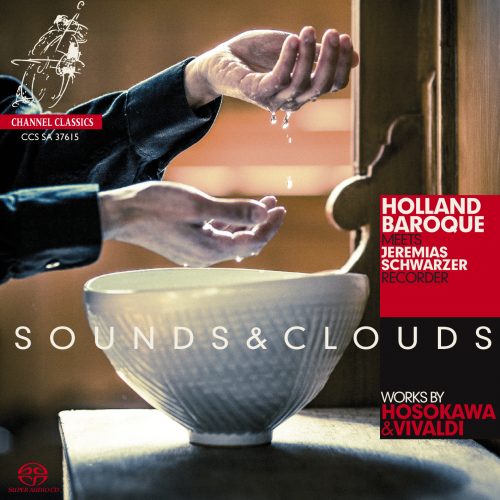 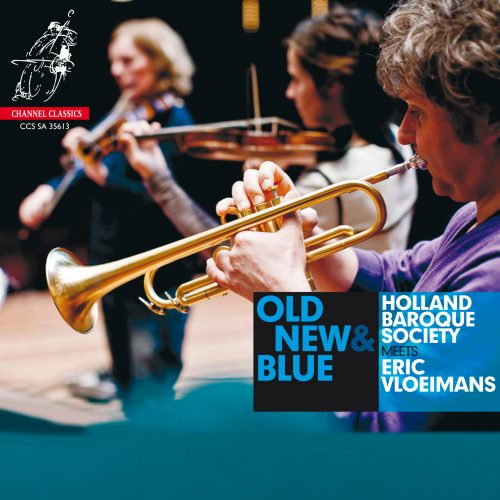 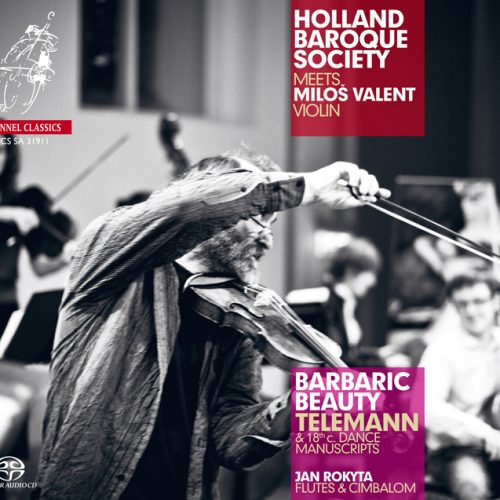