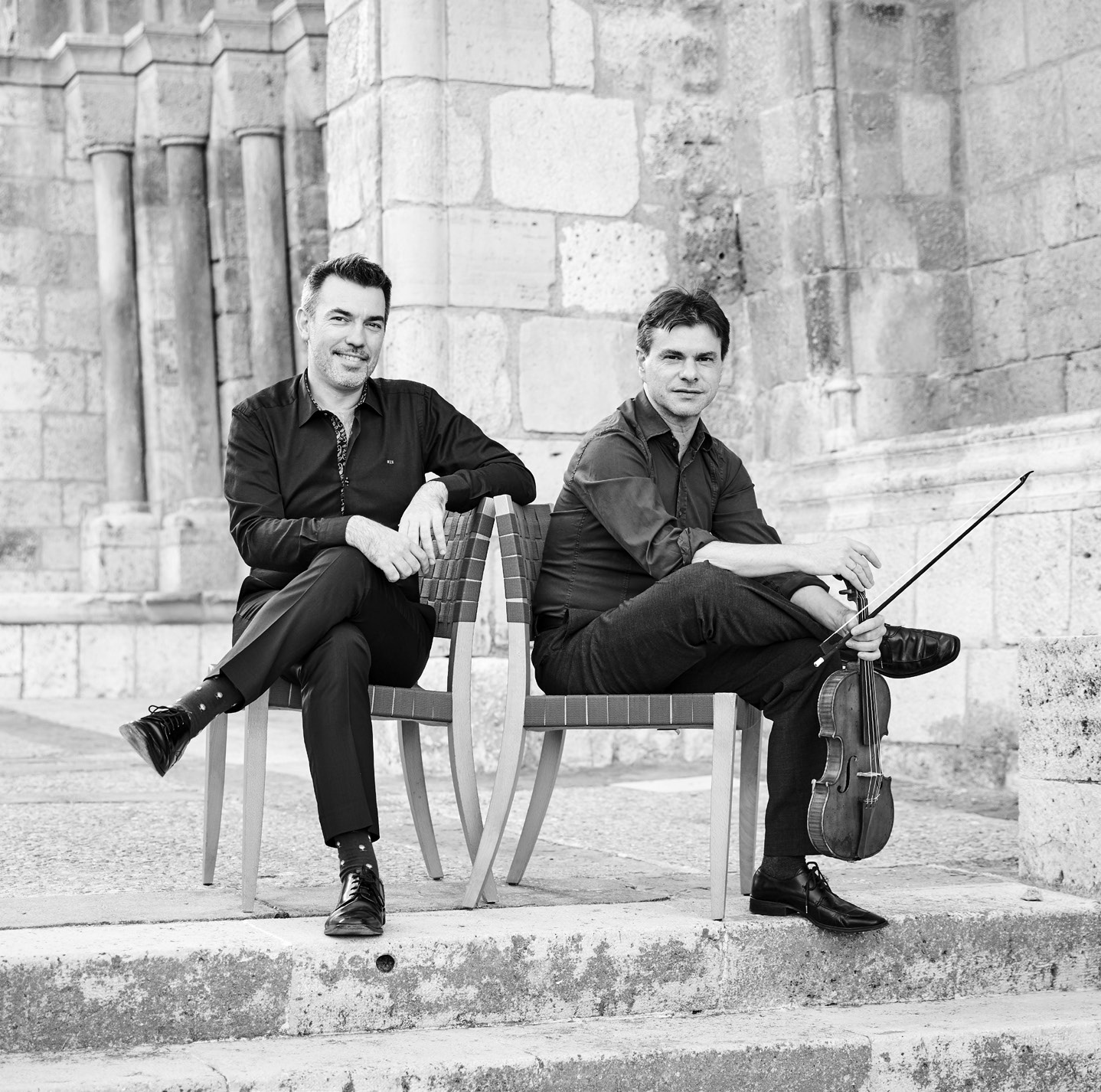 I recently had the pleasure of sitting down with Gonzalo Noqué, owner/operator and producer at Eudora Records. We were speaking about their latest release The Violin and Harpsichord Sonatas. This double album of one of Bach’s great accomplishments is a special point of pride for Gonzalo, and I wanted to find out why.

I would like to first ask about the inspiration for this album. Who first brought the project to you?

I would say that 99% of everything I do comes to me through word of mouth. And this project was the same. I believe it started from the violinist Andoni Mercero who was the first viola from the Casals Quartet. He is a very good friend of another violinist I recorded, so that’s how we were introduced. But the recording was not my idea, he wanted to do this so he reached out to me. We recorded in two different sessions, two months apart, and it went very smooth.

Yes exactly. The editing took a long time because Andoni and Alfonso (Alfonso Sebastián Alegre, harpsichord) were both deeply involved in the process with me, much more than usual. It was a good thing, definitely, but it did make the process a bit slower than usual. If it’s just me I can do it quite quickly and just send the artists the finished product. But they wanted to listen to each original track and choose the parts along with me. They did a great job I believe, but it did take time.

What sort of benefits were there having Andoni and Alfonso in the editing with you?

If the original material that you record is of extremely high quality, as it was here, then it’s really nice to have them there with you. When you’re editing you reach many points where there is a subjective choice to be made. It becomes very personal, what you choose. This only happens at a very high level of musicianship, because at lower levels it is quite clear which choice to make. But at this high level with Andoni and Alfonso I had many options to choose from and it was not so clear sometimes what choice to make. When that is the case it becomes beneficial to have them there so they can really choose what they like best, according to feeling rather than hearing. And they did it very precisely and extremely well thought out.

Can you tell me about the Church of San Miguel where you recorded the album?

Actually it was planned to be recorded in a different church that I record in often, but two weeks before the scheduled date I got a call that they had to cancel and I could not record there. Iglesia de San Miguel was actually a second option that Alfonso knew of in Zaragoza in the north of Spain, but I had no idea about the acoustics of the church. I just knew that some recordings had been made there so I listened to those and had faith that it would sound good. When we went there I learned it was not easy acoustics to record because it was overly reverberant, so the way I recorded was different from most of my recordings. Normally you would place the harpsichordist kind of next to the violinist as if you were in concert, but in that position there was no way to get a good balance of both of them. I ended up putting the violin behind the harpsichord with a specific distance and I used two different pairs of omni-directional microphones for each of them. This was also a different position for the players, though it didn’t seem to phase them. I am very happy with the result in the end, but it was not easy.

Yeah, I can imagine. Recording in a space you’ve never been before must be challenging. Did it take long to find the sound you wanted?

No it didn’t really take long. When I’m going to record something I already have in my head the sound that I want to achieve and I know in most situations how to achieve that sound. From the beginning I knew that my normal setup was not going to work so I quickly began changing things in order to make it work, and it didn’t take too long. I’ve been in worse situations.

Well you definitely pulled it off. The recordings are beautiful. So is this the first recording you worked on with Andoni Mercero (violinist)?

Yes it is, and hopefully I can work with him again. He is outstanding. He was extremely consistent and always performing at such a high level. He and Alfonso both, they’re just excellent. They made it a very easy recording actually. They’ve known each other and have been playing together for something like thirty years and you can tell that from the way they played on this recording. It sounds extremely cohesive and natural. I was constantly impressed with their expertise and their level of playing. It is why I am so excited about this recording.

Did you run in to any issues with this recording? I find it fascinating to hear the scary moments that producers are tested with… in hindsight of course.

Oh yeah, I had one big issue. We recorded two times but in separate months, one day in August and another in October. During the second session it turned out that the microphones I used for the violin in the first session had a problem. Some intermittent noises were present no matter what I did. Luckily I had almost the same microphone, based on the same capsule, at home. So I drove home a very long way, about 300 kilometres, and picked up the other pair of microphones. The microphones on the violin actually change from sonata to sonata because we did not record sequentially, but they are so similar that you cannot tell the difference. I mean it could have been a disaster, but thankfully I had that other pair. Funny as well, now when I listen back a couple of years later I actually prefer the second pair of microphones.

Well, I have quite a few more numbers to work through on this double album, and I am excited to do so. It’s really an amazing recording.

Oh thank you very much. This music is literally from another world. Not only the talent of Andoni and Alfonso, but I mean even for Bach. This is probably one of his set of works that best represents what he accomplished. It’s just outstanding.

David is NativeDSD’s Product and Communication Manager. He grew up writing songs, playing guitar and drums. Working with musicians in studio to produce records as a recording engineer and producer, he produced music for numerous commercials for Pulse Content, and organised numerous music events and concerts.