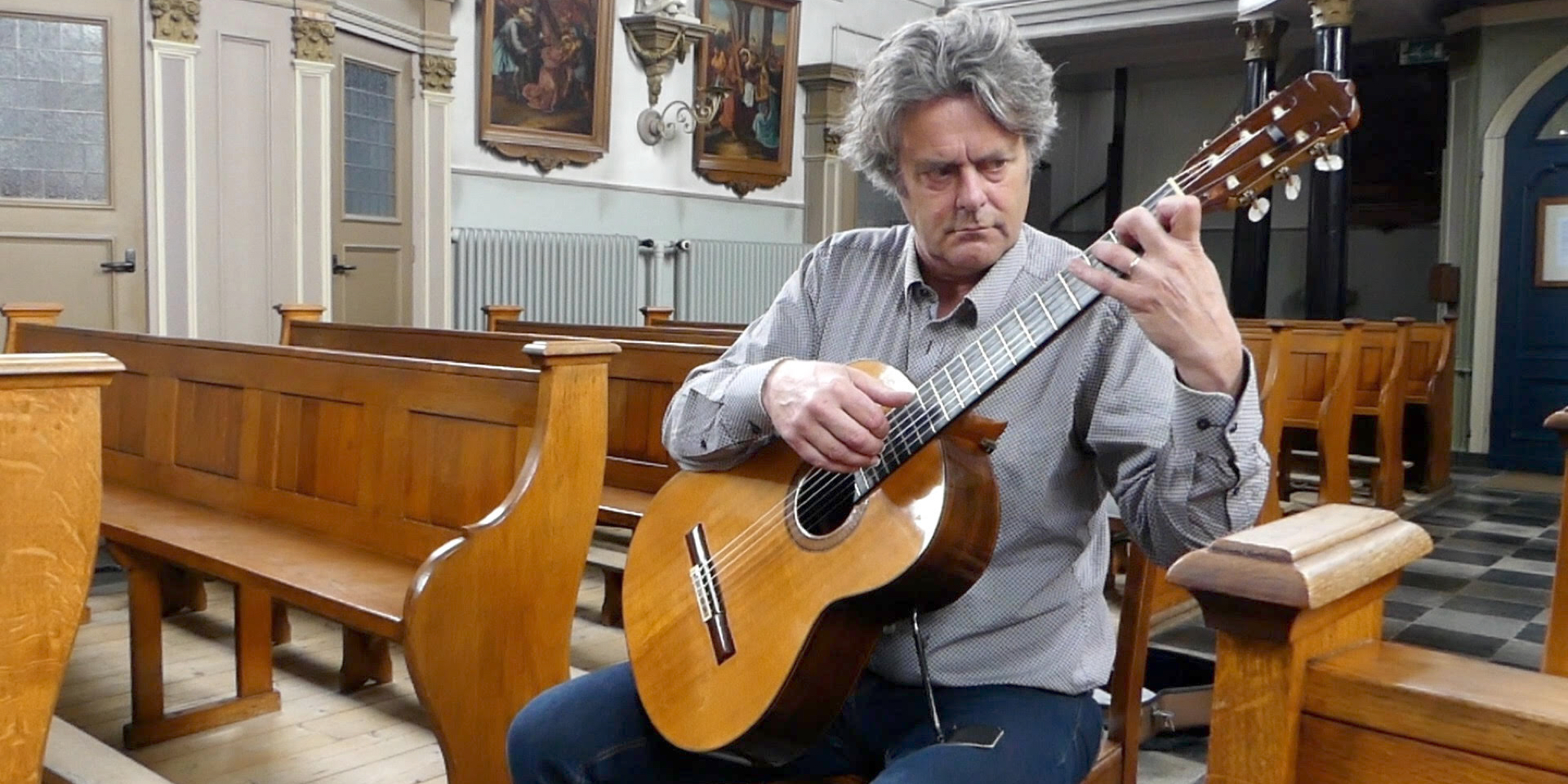 Erik Satie had a deeply rooted dislike of conventions in all its forms and this is probably the major similarity with John Cage. Born in 1866 Satie grew up in a time with no avant-garde music, but times were rapidly changing. In 1889 Satie witnessed the World Exhibition in Paris with the Eiffel Tower of 300 meters high, the Galeries des Machines with a length of 420 meters and the revolutionary inventions of Thomas Edison that made it possible to listen to music using a machine. Paris became the city of light, the technological center of the world. Satie lived and worked in Montmartre which was a new part of Paris where young artists met each other, poets, painters dancers and musicians. Here probably Satie developed his feeling for theatre and novelties. These days musicians also felt the rivalry of mechanical instruments such as the street organ or the pianola. When Satie developed a modern method of composing based on mathematical formulas, this was probably not only for musical reasons. He promoted it by saying this way it was cheap and quick to order a composition. Wherever it comes from, it is obvious that Erik Satie was ahead of his time in many artistic directions.

John Cage was one of the first to notice this clearly and became a promoter of the work of Satie. He discovered a resemblance with his own artistic ambitions. A more intellectual approach to music united them. What is the importance of music? Is it the traditional harmonic development and structure or are things like time, silence, coincidence, repeats actually more important? Cage believed that the fundamental aspect of music is duration. He stated that the only characteristic which both sound and silence share, is duration. Therefore, sound and silence are necessary partners.

In 1948 Cage organized a 25-concerts Satie Festival at Black Mountain College, North Dakota. The most important document that survived is the text of one of the pre-concert talks that Cage gave. It was not printed until 1968, when it finally appeared in Kostelanetz’s book John Cage under the title Defense of Satie.

When John Cage discovered Vexations in 1948 it was an unknown piece for the world. And after Cage organized the first notable performance in 1963 in New York, 70 years after Satie wrote it in Paris, it became one of Satie’s most famous works. Above the score Satie had written the suggestion to play it 840 times in a row which made the first performance last 18 hours. A short piece of a bit more than one minute now suddenly became the longest in the world. Cage had taken this note serious and according to him the world was different before and after a concert. The audience experiences a difference between the concept and the actual performance. Next to this experience of the moment Cage must have felt attracted to the simple almost 12-tones theme with its thought-out choice of notes, the grouping and length of phrases. Also, the complex way of writing down with unnecessary sharps and flats, makes the experience of player and listener completely different.

Next to this it is interesting to mention that Satie also used a 24-harmony system (C-major, c-minor, C#-major, c#-minor etc.) that could be compared with the 12-tone system. In Petit Ouverture à Danser and in the Pièces Froides you can count almost 20 different chords and these pieces last only a few minutes. This makes the harmony pallet less down to earth and unpredictable.

In 1949 John Cage went to Paris with a grant to do some research on Satie. He was particularly interested on finding out more about Musique d’Ameublement (Furniture Music). In his search for new approaches Satie had composed these pieces as background music. Music that was not allowed to listen to but should be experienced as the frame of a painting. This were five very short pieces for orchestra, with an indefinite number of repeats. During the premiere at an exhibition, Satie walked around and send listeners away to underline the purpose of the composition.

A famous quote of Cage was: “It’s not a question of Satie’s relevance. He’s indispensable”.

John Cage his most famous work 4’33’’ fits perfectly in the way of thinking of Erik Satie. Satie was always full of jokes and absurdities. Even on his deathbed when he was brought some flowers he said; “is it time already?” If 4’33’’ would be a composition by Satie you wouldn’t know if it was a joke or not. For Cage it was very serious; he wanted to state that the silence is also music.

Do the numbers 4’33’’have a meaning? Probably they do because just like Satie, John Cage was a thinker. Was it a coincidence that Cage performed Vexations 70 years after Satie composed it in 1893? Probably it is. 4’33’’ has three movements with the lengths of 33’’, 2’40’’ and 1’20’’. This however shows his interest in numbers. Cage states nevertheless that the piece can have any length and that it can be played by any instrument or combination of instruments. Why then these numbers? Obviously, the number 6 seems important.

Many people have thought that also Erik Satie was dealing with numbers a lot. In his younger years he was a member of the Rosicrucian and they knew much about the importance of numbers. Why would Erik Satie have chosen the absurd number 840 as the amount for playing Vexations? At first it is very funny especially with the instruction to prepare oneself thoroughly for this attempt. The 18 hours of the New York-Cage performance is however not impossible and more stunning than e.g. 8 hours. 840 could also be a mathematical tool of counting the duration. If the piece would last 1 minute than an hour would take 60 repeats and the whole piece 14 hours: 60×14=840. 1,5 minutes would last 21 hours. Somewhere between 14 and 21 hours sounds by all means impressive.

Or could 840 be a well-known number in Paris these days? The height of 300 meters of the Eiffel Tower is still known by many people. Perhaps walking up and down the exhibition in the Galeries des Machines, the biggest in the world, also was a length publicly known? 2x 420 meters = 840 meters. A simple small composition was now connected with the by far largest vaulted building ever built.

Although from different background and period both Satie and Cage were searching for a new way of composing with attention for musical aspects that were neglected or not necessary before. With the same approach they had a huge influence on the classical music of today.

Born 1962, The Hague, Holland, The Dutch guitarist Enno Voorhorst grew up in a family of musicians. He conducted his studies with Hein Sanderink, Hubert Käppel and David Russell. In 1987 he was awarded first prize at the 7th Guitar Competition in Hof Germany, followed by a series of other prizes, such as the Dutch Guitarprize in the Amsterdam Concertgebouw in 1992, as well as the first prize at the Seto-Ohashi Competition in Japan in that same year. Meanwhile Enno Voorhorst was invited to perform at concerts in El Salvador, Puerto Rico, Japan, Russia, Poland, Germany and elsewhere. With the ‘I Fiamminghi’string-orchestra under Rudolf Werthen he played the Dutch first night of Roland Dyens Concierto Métis. Enno Voorhorst's first CD dedicated to Agustín Barrios Mangoré (Sony 1994) was received very favourably. Roberto Brocamonte, himself a pupil of Barrios wrote about this recording: “Enno’s tremolo is just perfect. In this rendering it seems as if ‘The Indian of Paraguay’ composed it specialy for these wonderful hands”. The Barrios specialist Rico Stover wrote about this recording: “This CD played by Enno Voorhorst is the best I have heard thus far.” Naxos released worldwide the CD: ‘J.S. Bach, guitar transcriptions’ in 2002. A new Barrios CD will be released soon, also in the Naxos series. Enno Voorhorst holds the position of guitar teacher at the Royal Conservatory in The Hague.