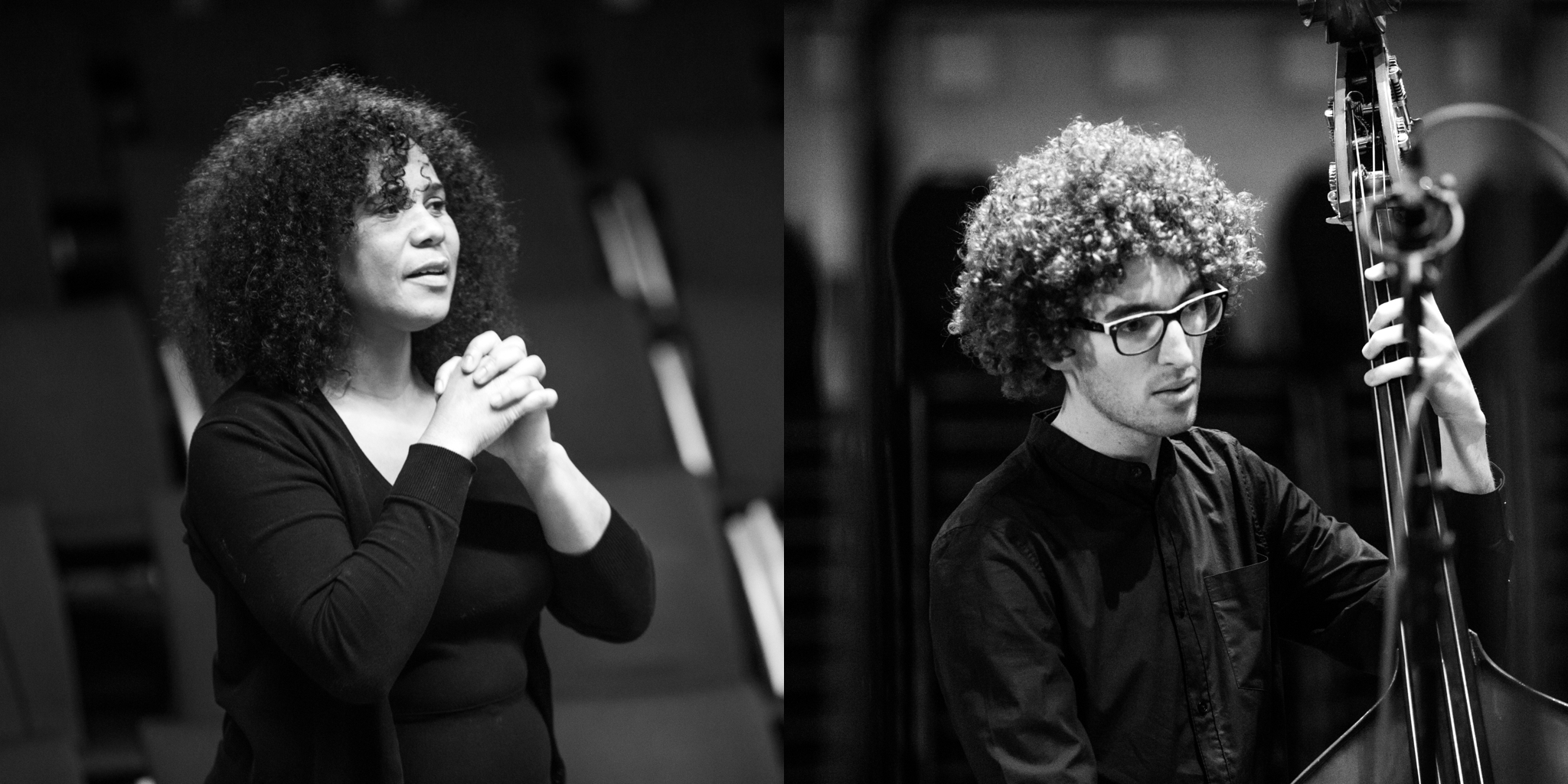 Last spring, 2015, we introduced the the album ‘8 ensembles in 1 bit’. The goal was two fold, to make DSD recording known to a group of young musicians and to record, mix and balance in the analog stage. (Of this process I created a 25 minute film, check it out on our youtube page.) The response to this compilation album was really good, many people, including press, liked it and some people asked for more of a specific artist…

I met Breno in 2014 in a bar around the corder of my house in Amsterdam (the Netherlands). He plays jazz trio’s there as a double bass player on Saturday nights. We became friends and soon he brought in 5 guys and recorded with us on ‘8 ensembles’.  Pretty soon after the first recording we thought it would be a good idea to do a whole album, with music from composers that he grew up listening to, and some of his own compositions.

In november 2015 two days were picked and we rolled back into the stage at MCO in Hilversum with a Merging HAPI and analog mixing boards, carbon fibre cables and top notch mics. Today we are proud to present you ‘Raízes’, which means Roots in Portugese. Not only does this title reflect the content of the works but it is also a symbol of the sound of Breno’s earthy and flowing double bass. Together with singers like Laura Polence and Lillian Vieira this makes a great listen for a laid back summer evening with the vibes and colors of the Brazilian landscapes in mind. On the days of the recording I filmed a lot and created this video:

The album was released on april 29 and we have gotten great feedback so far! Here are a few responses:

“The SQ is fantastic!!! Absolutely world class. The atmosphere is just there and the idea of DSD really shines. WOW! I am so glad there are alternatives to the consumer mixes out there, i.e. where dynamics is what it is, dynamic. I just love it and with good gear you can really enjoy the feeling of ”being there”. Any chatter or musician interaction is part of enjoying this kind of music I think. Kind of live recording feeling. The ”Jazz at the Pawnshop” atmosphere is something to strive for. From my point of view.”

And here is another one!

“I have really enjoyed listening to Raizes and it has been a great experience. The quality, the sound stage and the depth of the recording is so exceptional. The vocals and the various instruments are so clear. I have my favourite tracks and it’s easy to get immersed in the sound. They sound like I’m right there listening to the live performance. Raizes is easily one of the best albums I’ve listened to recently and I look forward to more of such releases fro you. Congrats to everyone involved.”

Just like the previous project the main microphones (for Stereo) were a pair of Bruel and Kjaer (B&K) 4006 which have been rebuilt to accept 75 volt Phantom Powering directly from the stage. In between this pair of microphones we had a Sennheiser MK8 and a B&K 4006 coupled together to give us sound recorded using the M/S technique. The M/S Omni output from the front pair of B&K 4006 microphones was also being used as the center channel for the multichannel tracks. The support microphone for the vocals was the Sonodore MPM-91. The center and surround microphones (also B&K 4006) completed the microphone set.

All tracks (2 and 5 channels) went through custom made analog and battery powered pre amplifiers, (Custom made by Rens Heijnis) which were then connected to the Merging Technologies HAPI Analog to Digital Converter (ADC) running at DSD 256fs with 3T carbon cable made by Van den Hul.