When all the stars collided into a single ray 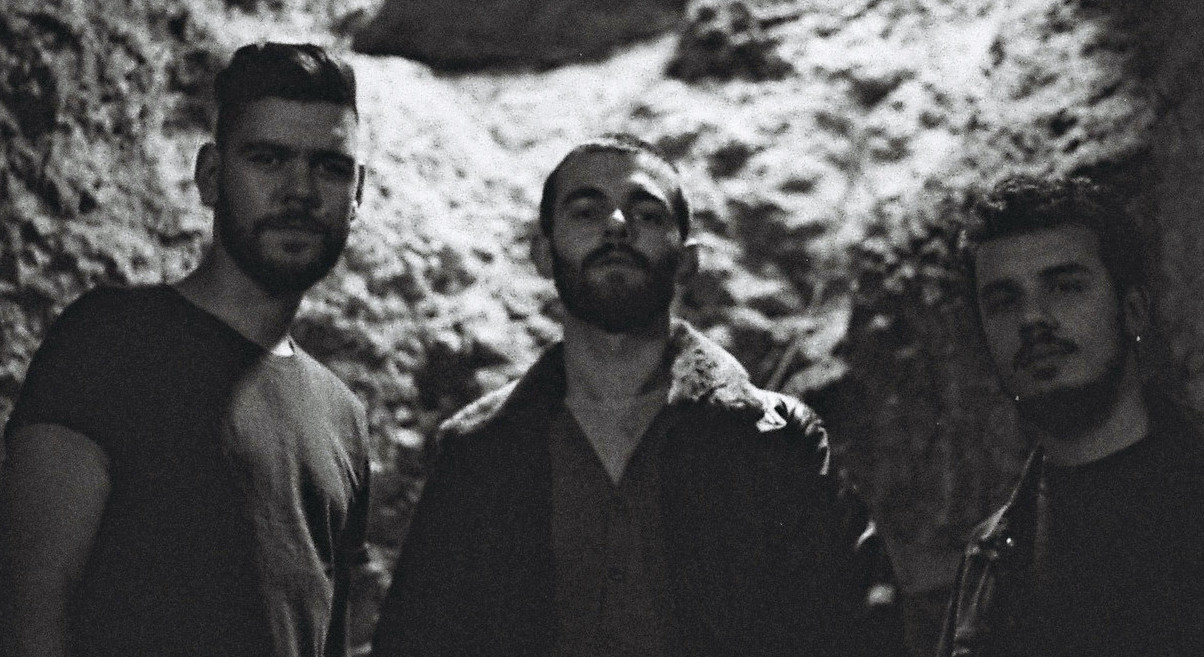 “All the stars collide into a single ray” (and the outcome was recorded on tape) was the result of my most brief encounter with Naxatras to date. It was meant to be a short session, perhaps 3 days in the studio, to record two songs. One was commissioned by the Metal Hammer magazine and appeared in one of their compilations. The other one was described as “a 5-minute song we have been working on”.

It was February 2017. The vacuum tube recording equipment had already reached a stable operating temperature by the time the band arrived. The load-in and setup was quick and we started rolling tape on the Telefunken M15A for some tests to hear if we were getting what we wanted.

It was mainly just  a pair of room microphones doing most of the work, with a couple more to reinforce the vocals and low frequencies of the bass. These were mixed on the fly on a Thermionic Culture Custom Green Fat Bustard vacuum tube mixer and recorded straight to stereophonic 1/4” tape, pushing the tape hard.

The ingredients are really quite simple: A great band, a good room, a few good microphones, the bare minimum of electronics, all using high quality vacuum tubes, and a good tape machine, calibrated to make the most out of the best tape money can buy! Nothing more, nothing less.

The outputs of the Telefunken M15A were connected directly to a Tascam DA-3000 in DSD mode at 5.6 MHz

The band was incredibly tight. Their years on the road are really showing, just as a recording/mastering engineer matures over the sheer mileage clocked over tape machines and disk recording lathes.

It only needed one take.

By the early evening, the session had been successfully concluded, all in all around 6 hours. This was by far the shortest session we’ve ever had, but the results were as satisfactory as what is usually achieved in much longer sessions nowadays.

Through various discussions over the years with veteran recording engineers, active in the 1960’s , I learned that back then, in the early tube and tape era, it was actually unusual for sessions to last much longer. Keeping things simple and fully expecting the musicians to come prepared to do the job in a couple of takes at most was (and still is) the way to go. There is not much left to go wrong.

The master tape from that session was kept in our vaults, until, a few years later, the band decided to release this song on DSD and as a special edition vinyl record. I hadn’t listened to it in years. I remembered I found it sounded great during the session, but was really wondering if I would still find it as great now. After all, it was “only” a quick 6-hour session.

The passion, the dynamics and the power of a first take analog recording, the warm sound of the vacuum tube amplifiers and highest-end recording equipment, all preserved forever as an honest documentation of what Naxatras did on February 18, 2017, presented in the most direct way possible, for your entertainment, consideration, and dare I say, participation in their timeless spacey psychedelia.

I guess all the stars really did collide into a single ray that day (in a poetic sense) and I was fortunate enough to bear witness and capture this rare cosmic event on tape, which can now finally be shared with the world at large.

Naxatras III is also available on NativeDSD in two different versions, Raw and Smooth , should “All the stars collide into a single Ray” leave you longing for more.

J. I. Agnew is an award-winning recording/mastering engineer, working with analog tape machines, disk mastering lathes and vacuum tube electronics. Along with his wife, Sabine, they run Agnew Analog Reference Instruments, specializing in high-end audio electronics design and precision mechanical engineering services pertaining to analog recording and reproducing equipment. He was educated in Greece and England, was awarded a scholarship for his doctoral research at the University of Sheffield and was teaching at the same institution until 2010. He is a member of the Audio Engineering Society, the American Society for Mechanical Engineering, the Institute for Electrical and Electronics Engineering and the American Society for Precision Engineering.