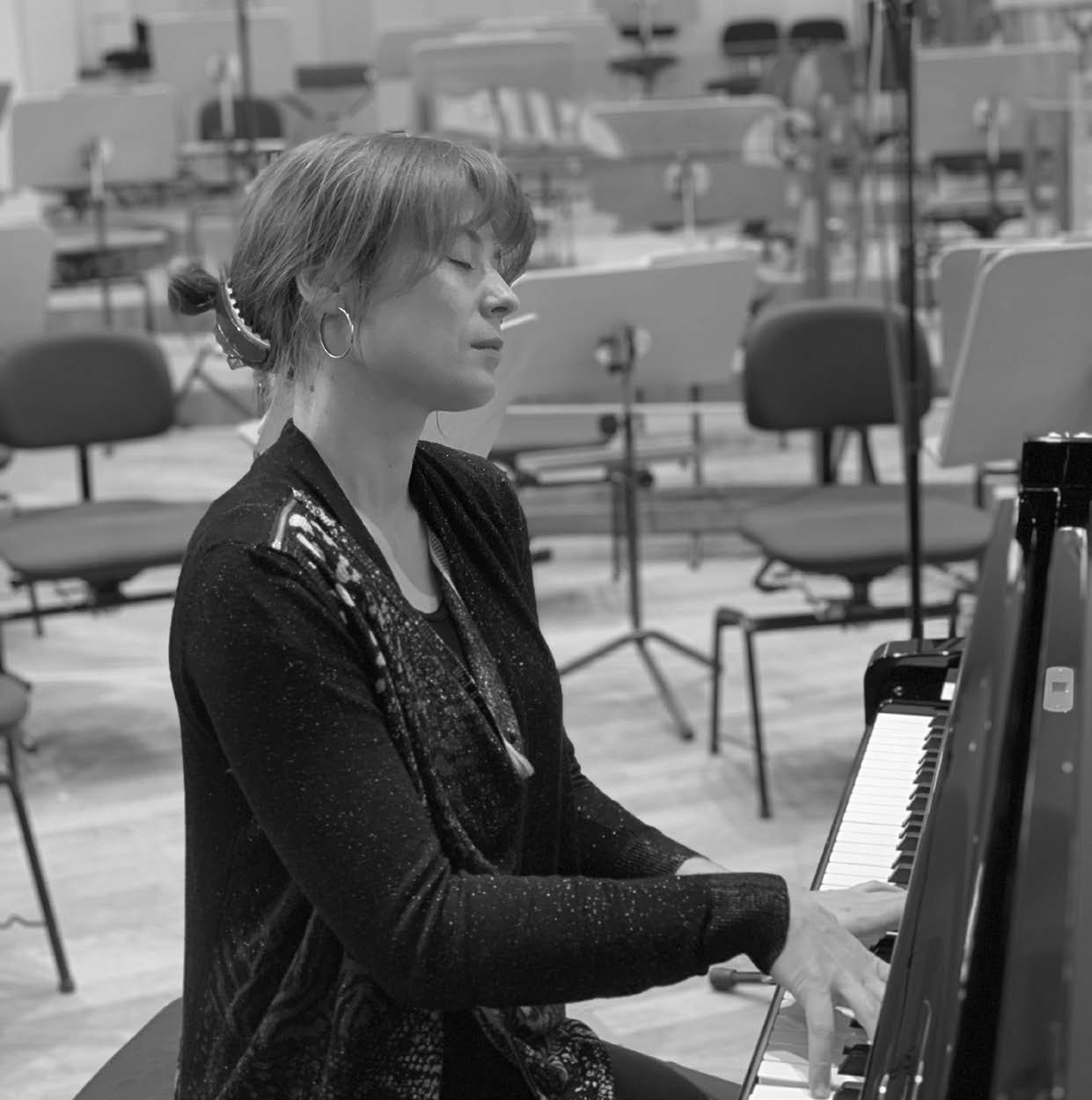 It’s All About Passion & Poetry

In her first instalment of a projected survey of Rachmaninoff’s Piano Concertos, Anna Federova hugely surprised me, and surely many others, with a reading of the first piano concerto that surpassed quite a few existing recordings by pianists of note. This follow-on release notably including the ever-so-popular Second Concerto hits the moon as well. What makes Anna so very special, is the way she combines fabulous technique with a highly developed sense of empathy, thus creating that magical spell hard to find elsewhere.

Not only does Rachmaninoff feature high on the list of international piano contests, but also on the repertoire of the High and the Mighty on the piano scene. All formats considered, numerous stellar versions are readily available, especially of the Second. However, most seem to have one thing in common: Highlighting the Pomp, the Power and the Drama. Anna Fedorova’s approach differs in that she highlights Passion and Poetry. Is it something a woman seems to be more capable of handling than a man? I believe so. And the power? She’s got that, too! But not for the sake of it. And not the macho-type power, but rather the power of emotional compassion.

If I were asked to compare her with equals, there is one other Ukrainian name that springs to mind. No, not Sviatoslav Richter (born in Jytomir, Ukraine), but the sometimes misunderstood, Odesa-born, Shura Cherkassky, of whom I once had a live recording of Chopin’s second piano concerto, my long-time top choice. Ranking on scholar’s lists among the world’s top 20, he could be, though not always was, just as passionate and just as poetic as Anna Fedorova.

In her liner notes, Anna Fedorova reminds us about Rachmaninoff’s state of mind when composing his fourth piano concerto, concluding that “For me, it represents the change of the era, a farewell to the past and a dive into a quite terrifying future”. At the time badly received and until recently probably the least known of the four, Rachmaninoff reworked the score two more times. It doesn’t have the same weight as the Third and it may not directly appeal upon first hearing, but Anna’s crystalline unravelling of the score reveals that some of the more devastating reviews Rachmaninoff had to endure say more about the critics’ prejudices than the creativity of the composer.

In her reading, she (together with the conductor!) takes the listener by the hand to walk through the spiritual world of Rachmaninoff, laying bare his ‘angst’ and ‘expectations’. Such is the magic of a pianist who takes time to let the audience participate in these feelings. A ‘true’ interpretation one might say.

Nothing on my shelves comes close.

A Concerto of Hope and Light

Her notes continue by saying that “Playing the 2nd Piano Concerto, however, makes me think of a phoenix. It represents rebirth and resurrection of the spirit, hope and light”. It definitely marks the spirit with which she enters the late romantic realm of this Concerto.

For all sorts of reasons, this is Rachmaninoff’s most popular concerto and for a long time, the only one people knew. A showpiece, in the past often played as though living in a single-minded powerhouse with lyrical sugar cake in the middle. Those days are over. But some of it continues to linger on with the adepts of ‘music for the millions’. Nonetheless, many modern performances keep seeking virtuoso limits. Anna does not.

Shunning bombast and over-emphasised dramatics in the second movement, Anna Fedorova intoxicates her audience with impressive compassion, taking them into her world of imagination and honesty. It is as lyrical as it is profoundly emotional.

With the admirable support of Maestro Modestas Pitrenas and the competent players of the Sankt Gallen Symphony, she paints in vivid yet carefully controlled colours a concerto that could bring hope and light to the suffering of a people courageously opposing its aggressor.

With a view to general emotion on what goes on these days in Ukraine, I asked myself if I was in my enthusiasm for this Ukrainian talent, not too biased in reviewing this album. After ample reflection, I couldn’t come to any other conclusion than that Anna is, indeed, an enviably good pianist, taking the composer’s score and not personal glory at heart. She delivers a whole new vision of both concertos.

With this new release Anna Fedorova symbolises the will of the Ukrainian people to survive and to unite. She is well underway to join the ranks of noteworthy Rachmaninoff interpreters (and possibly a whole lot more). In other words, the elite ‘to-be-reckoned-with’ on all counts. I can’t wait for the Third!

Carefully and tunefully sound recorded on location by Jared Sacks and his people, this promises to be the set to have or to be put next to the ones many ‘old hands’ will have difficulty parting with.