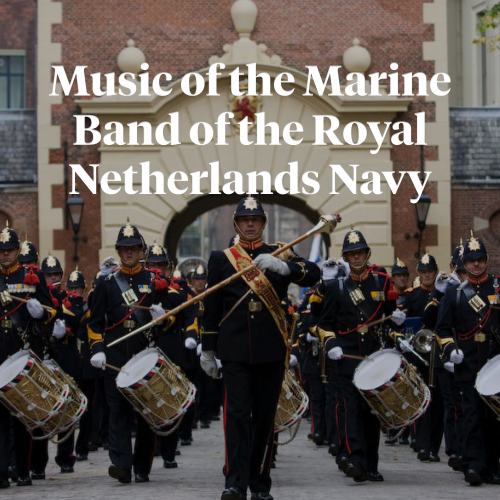 What better way to celebrate Jared Sacks’ birthday and the music of the Marine Band of the Royal Netherlands Navy conducted by Major Arjan Tien than this new DSD Bundle? It features the three albums by the Marine Band on Channel Classics Records (Rimsky and Co, WorthWeill Originals and Rhapsody In Navy Blue with George Gershwin from his Piano Roll) – each Produced and Recorded by Jared Sacks – in your choice of Stereo or Multichannel DSD – or both. At a special price to boot.

The 54 professional musicians, combined with the artistic and creative abilities of their conductors, have contributed to the development and appreciation of military music in the Netherlands. With a characteristic ‘Sound & Drive’, the band has won the hearts of a large public. It is the musical visiting card of the Royal Netherlands Navy. The band’s principal responsibility is the musical accompaniment of military ceremonial events for the Royal Family, Government, and the Royal Netherlands Navy. Traditional highlights are the annual opening of the State’s General (Prinsjesdag), The Netherlands Military Tattoo, Remembrance Day, and the Marine Corps concerts.

NativeDSD Bundles are a mini collection of DSD albums created by the NativeDSD team that brings the works of a special artist, music label or musical genre to your personal library. Better yet, when you buy all the albums in a bundle, NativeDSD gives you a special discounted price on the full bundle. Expanding your musical horizons and collection while saving money at the same time. Each bundle is a DSD music opportunity and adventure we urge you to explore.