How to understand peals in the Russian tradition 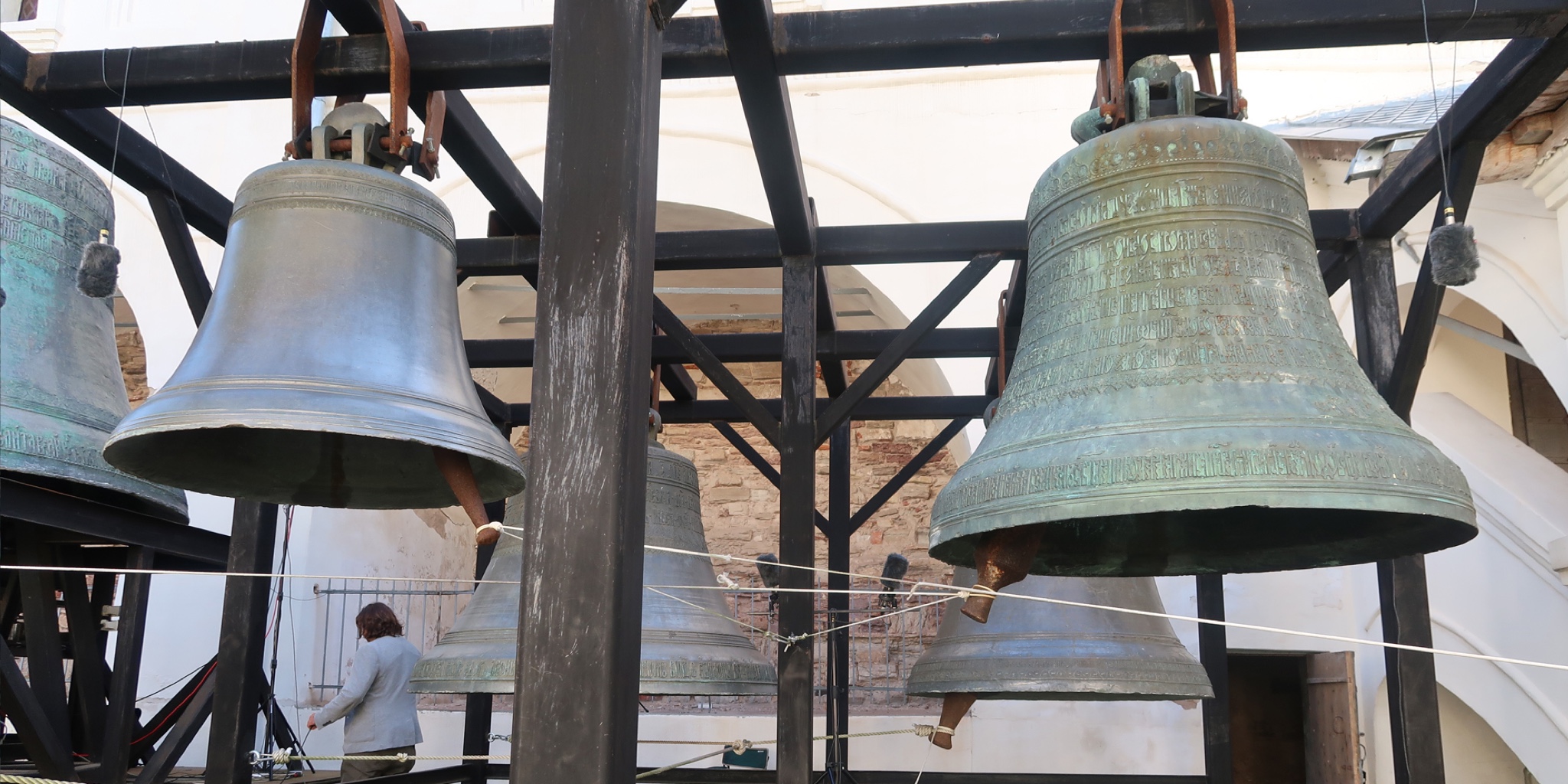 Despite the of prohibition of bell peals after the revolution in 1917, which lasted for several decades during the Soviet period, the culture of the Orthodox peal is still widely spread across Russia.  It has survived, and is known to everyone in modern Russia, regardless of their faith, because the sound of bells goes far beyond the buildings of the Orthodox church.  The tradition of bell-ringing is, however, almost unknown outside the Orthodox world and sounds very strange to people whose cultural background was formed by European tonal music in which bells are used either in clock chimes or as a carillon.

This article seeks to assist in understanding the Russian tradition.

Firstly, Westerner’s note that Russian bells are not tuned.  All right but there is no reason why they should be.  We know that the European musical system has twelve tones in an octave, while the Chinese scale has five (pentatonism), but we don’t insist that five notes is too little nor that all twelve should be used. Nothing of the sort occurs to us while we listen with interest to music that has been developing over thousands of years in a different culture and has maintained its features to the present day.  When we learn that Indian scales contain twenty-two or more tones in an octave, we do not say “That it is too many” or “It sounds out of tune.” On the contrary, we listen to Indian folk music with respect and regret that our European ear cannot perceive this wonderful music as finely as people who have known it since childhood.  Russian peals deserve a similar interest and respect because, though being European (geographically) in origin they represent a different culture.

Russian bells are not supposed to be tuned neither are those partial tones which can be heard as a rich chord in any bell.  They are not expected to sound as a single note nor as a triad or other chord. The timbre of a bell in the Russian tradition must be rich and its resonance long.  This is a unique quality of Russian bells and they should not be compared either to carillon bells or to any other instrument.  Every good bell is an holistic and separate entity that emerges from the cast, created by the bell caster, the furnace fire and God Almighty.

The next hurdle, which some people find difficult to overcome, is that the Russian peal has no melody.

But we know, also, of other music that lacks melody, for instance drums in Japan and other Asian countries or dodecaphony and/or pointillistic music of the 20th century.  But there is no need to go that far.  Even “Rap” does not have a melody.  And it shouldn’t, it is from a different culture.  Russian peal is based on rhythm, not melody, and that is not a drawback, but is its key feature, its very nature.

Now that we have dealt with the two main stereotypes, let us look at some other things that will help us listen to Russian peals with greater attention and pleasure.

In the Christian tradition peals emerged as a signal – initially to begin worship or prayer.  Gradually the system of signals became more complicated and by the 19th century the very sound of certain types of peal served as a link to specific parts of the liturgy, so that anyone outside the church building, perhaps working on a far-away field or lying sick at home, could follow the progress of the service and in their imagination from outside the church.

During the prohibition of bell-ringing in the Soviet period bell-ringers who understood this system of signals, and others who had known them previously, began to die away and subsequent generations were unable to pass on this knowledge after the bells had become silent.  Today, even if the bell-ringer is well versed in this culture and follows the instructions of Typikon[1] hardly anyone is able to understand these signals and a different role for the peal has developed, namely to ring for the glory of God and declare the triumph of His Church.

In modern Russia a new phenomenon of bell-ringing concerts and festivals has become established, which rarely happened in pre-revolutionary Russia. At the end of 1980-s bell-ringing concerts began the revival of a bell culture in Russia. Naturally, bell-ringing made a rapid comeback in the church as well, but the first champions of the process were those enthusiasts who were keen to bring back the sound of bells, whether for church services or for entirely secular reasons.  Two main lines developed, namely, a resurrection of canonical peals (“just like our forefathers had done”) and fantasy peals in which the set of bells was viewed as another percussion symphonic instrument; of these, the former is regarded as the more important.

Bell-ringing canon: is it freedom or a cage?

Any viable system must have a foundation and a process of internal checks and balances to ensure its survival.  This is approximately how the bell-ringing canon works.  It has a number basic elements, the framework of the tradition, and rules which bell-ringers adopt in training and which allow them to stay within the culture yet still preserving its recognisable nature wherever their imagination might take them.

Those basic elements are

As can be seen from the basic elements of the canon, it allows space for imagination, variations of material and expression of numerous ideas and images by means of bells.

How to listen to peals

In a bell-ringing concert each peal is a complete composition in which the performer develops material in various ways. It is interesting to follow the interchange, resonance and polyphony of different rhythmic and intonation patterns. The form of many peals is captivating and the audience can become immersed in the flow of sound in the same way as at a symphonic concert.  Bell-ringing concerts rarely include Lenten peals as concerts do not take place during Lent but during the holidays.  The great majority of festival peals, therefore, have a festive and celebratory spirit.

It is possible to find prompts in the name of a peal, to see how local traditions can differ from one place to another or to identify Christian numeric symbolism, such as the Trinity or the Twelve Apostles.  In team performances it is fascinating to watch an ensemble formed during the process of bell-ringing, as two or three team members initiate a “conversation” answering one another with the bells.
Novgorod the Great Festival Peals.  The most important part of festival and concert peals is that they provide the source of inspiration for the participants.  While a church service prescribes a daily or Sunday routine and discipline, a bell-ringing concert is for the joy of searching for new sound, intonation or rhythmic material.  Every composition, therefore, is a unique improvisation never to be repeated, in which the performer seeks to identify the very best and most beautiful art of bell-ringing for the glory of God.

[1] Typikon is a liturgical book which contains instructions about the order of the Byzantine Rite office and variable hymns of the Divine Liturgy.

This article was written by Olesya Rostovskaya, Producer of Novgorod the Great Festival Peals. The album was released at NativeDSD Music on January 15, 2021.

pealpealsrussiathe organ in a russian home