“Charles Lloyd was born March 15, 1938 in Memphis, Tennessee. From an early age, he was immersed in that city’s rich musical life and was exposed to jazz. He began playing the saxophone at the age of 9. Pianist Phineas Newborn became his mentor, and took him to Irvin Reason for lessons. Lloyd worked in Phineas Sr’s band, and from the age of 12 worked as sideman in the blues bands of B.B. King, Howlin’ Wolf, Johnnie Ace, Bobbie “Blue” Bland, and others. His closest friend in high school was trumpeter, Booker Little. In 1956 Lloyd moved to Los Angeles and earned a Master’s degree from the University of Southern California. During this period Lloyd played in Gerald Wilson’s big band and he also had his own group that included Billy Higgins, Don Cherry, Bobby Hutcherson, and Terry Trotter. Lloyd joined Chico Hamilton in 1960, though the band was known for playing “chamber jazz” at the beginning of Lloyd’s tenure. His influence as a composer and a player quickly pushed it in a more progressive post-bop direction especially after Hamilton asked him to be the group’s “music director.” Lloyd’s key musical partner in the band was Hungarian guitarist, Gabor Szabo. In 1964 Lloyd left Hamilton’s group to join alto saxophonist Cannonball Adderly. During this period he recorded two albums as a leader for Columbia Records, Discovery and Of Course, Of Course; his sidemen were other young musicians including Herbie Hancock, Ron Carter, and Tony Williams. Through 1965-1969 Lloyd led a quartet with pianist, Keith Jarrett, bassist, Cecil McBee (later, Ron McClure), and drummer, Jack DeJohnette. The quartet’s music was an interesting fusion of straight-ahead post-bop, free jazz and world music which quickly caught the attention of both jazz fans and critics. They also achieved a fair amount of crossover success with young rock fans and became the first jazz group to play at The Fillmore. Lloyd’s album Forest Flower, Live at Monterey, became a big commercial hit, largely on the strength of the title track. In 1970, after the quartet disbanded, Lloyd moved back to California and entered a state of semi-retirement. He practically disappeared from the jazz scene, but can be heard on recordings with the Doors, Canned Heat, and the Beach Boys. Occasionally during the 1970s Lloyd played with The Beach Boys; both on their studio recordings and as a member of their touring band. Upon being approached by pianist, Michel Petrucciani in 1981, he resumed playing actively for two years and then retreated again. Upon his recovery from a near death experience in 1986, Lloyd decided to rededicate himself to music.” 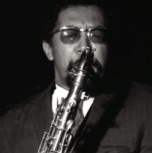 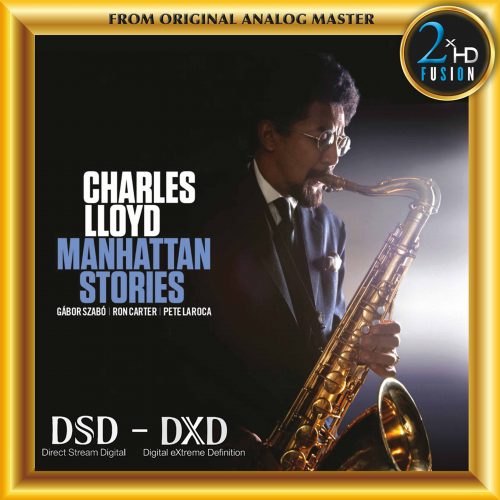