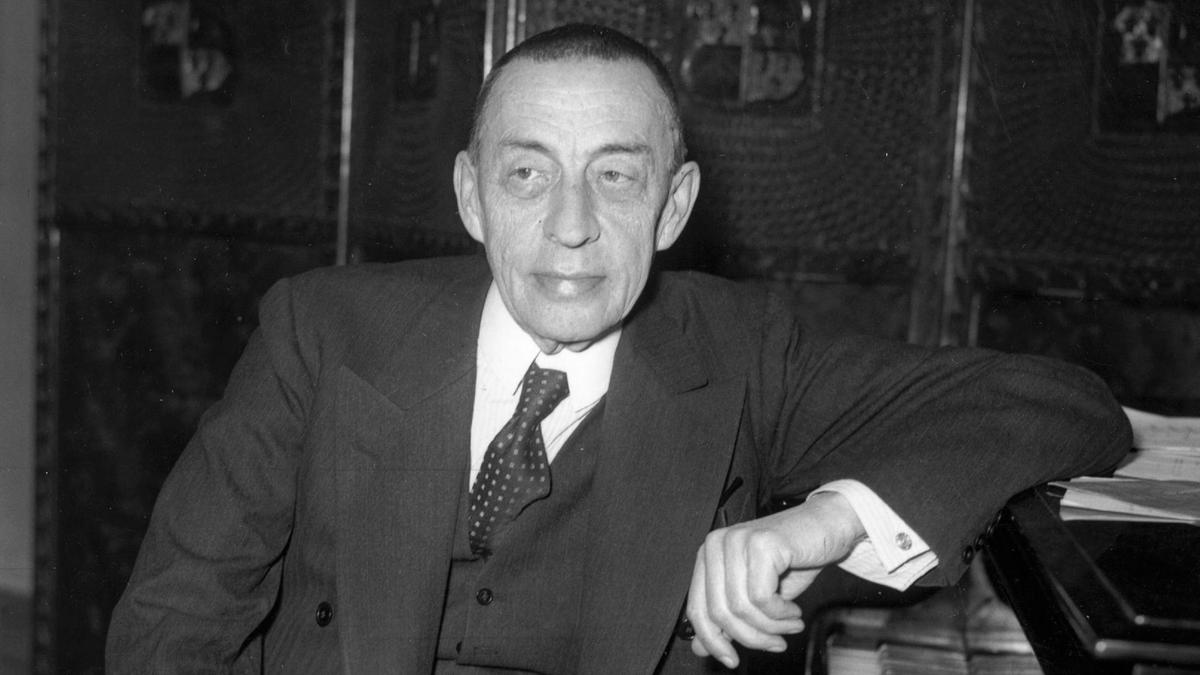 When I was a kid, people weren’t too sure about how to spell Tchaikovsky. In those days you could find it spelled Chaikovsky and Tchaikowsky along with Tchaikovsky which seems to have won the battle most places. But… Is it Rachmaninoff or Rachmaninov? Of all the albums on Native DSD, I’d guess about 75 percent go with -ov, but that leaves the other 25 percent with -off. Spell Check on my computer prefers the -off, but I lean toward the -ov. If you use the search funtion, just type in “Rach” – at least that’s what works for me.

One of my more recent discoveries is this album:

It’s not easy for me to wrap my brain around the fact that Serge Rachmaninov and Maurice Ravel were contemporaries. Rachmaninov was born just two years before Ravel, and died 6 years after Ravel. Here’s an album of works for the piano composed by these men in the early 1900’s, in committed performances by the excellent young pianist, Hannes Minnaar.   Rachmaninov’s Sonata No. 1 and the Sonatine and Miroirs by Ravel were all premiered within a couple of years of each other in the very early 1900’s. The Rachmaninov Sonata is remarkably symphonic in form and in length, and you can easily hear stylistic hints of his symphonies. The Ravel works are polished jewels. Now here’s what I find interesting– Ravel is far more Classical than we think, and Rachmaninov is more modern than we think. We are fortunate that piano rolls and even recordings exist so we can hear how each composer played his own material.

But what makes this such a surprising album is not what is different about these works, but rather how Hannes Minnaar makes them work so well together.   Overall, one of my favorite piano discoveries.

By the way, Maurice Ravel studied with Gabriel Faure (1845-1924), who is considered by many to be the “most advanced composer of his generation”. That might come as a surprise when you first hear his melodic, accessible music. But when you realize Faure lived from a time when Chopin was still composing until the era of jazz and twelve-tone, you can see how he was a bridge from one century to the next. Well, that’s all fine, but to simplify– If you want to hear a lot a really lovely music, lovingly played, check out this other album from Hannes Minnaar. You will be very glad you did.

But, back to Rachmaninov

Let’s move ahead to the 1930’s: Stravinsky’s big three, The Firebird, Petrushka, and The Rite of Spring were being performed regularly and were very popular. Ravel’s Bolero had already premiered and was even the basis of a film with movie tough guy, George Raft!. And in this time, from 1930 through 1940, Rachmaninov wrote his Symphony no. 3, Rhapsody on a theme by Paganini, Symphonic Dances, and Variations on a Theme by Corelli– each containing some of his most beautiful melodies.

Everybody knows the 18th variation of Rachmaninov’s Rhapsody On a Theme of Paganini, right? So many movies, commercials, cartoons— but I urge you to listen to the entire Rhapsody performed by Denis Matsuev, backed by Valery Gergiev. Yes, it’s beautiful, but it’s so much more.   Listen for the Dies Irae quotes. Listen for the almost ominous feelings that pop out once in a while. And then listen to that ending which always suggests that Rachmaninov is winking at us. This is an excellent performance and recording! There’s also a superb Piano Concerto no. 3!

Now let’s look at wonderfully played album of Rachmaninov’s works for piano which includes Morceaux de Fantasie (including the famous C-sharp minor Prelude), Etudes tableaux, and the previously mentioned Variations on a Theme by Corelli. Nareh Arghamanyan is a brilliant young artist who plays with confidence and authority, and yet brings out the touches of impressionism that lurk in these works. I don’t like to say that something is the best. What might be my best might not be your cup of tea.   I can only say that I was instantly involved. I recommend this one without hesitation.

For a closer perspective and slightly different approach on the Corelli Variations, take a listen to Raffi Basalyan’s very fine album on the always enjoyable Sono Luminus label:

To tie Rachmaninov and Ravel together again, perhaps a bit loosely, Ravel’s Piano Concerto in G Major was influenced by Gershwin and “jazz”.   And Rachmaninov actually uses a saxophone for the first and only time in a solo in his Symphonic Dances. Yes, the times were changing. But when most of us think of Rachmaninov, we think of the grandeur and romance of both his Symphony no. 2, and his Piano Concerto no. 2 in C-Minor.

Iván Fischer and the Budapest Festival Orchestra are perfect in the Symphony. The Romance is there, but they never lose the strength below the surface. I have a number of fine recordings of the Second Symphony, but this one tops my list. A wonderful recording!

World class soloist Dejan Lazic, backed by new Berlin Philharmonic Chief Conductor Kirill Petrenko and the London Philharmonic dazzles us with the Second Concerto and then dazzles us some more with Rachmanioff’s Moments Musicaux in a magical spontaneous fashion.

We still haven’t found an answer to the question— -ov or -off?   We could just call him Serge..

[(update, this question has be answered in this blog post)]