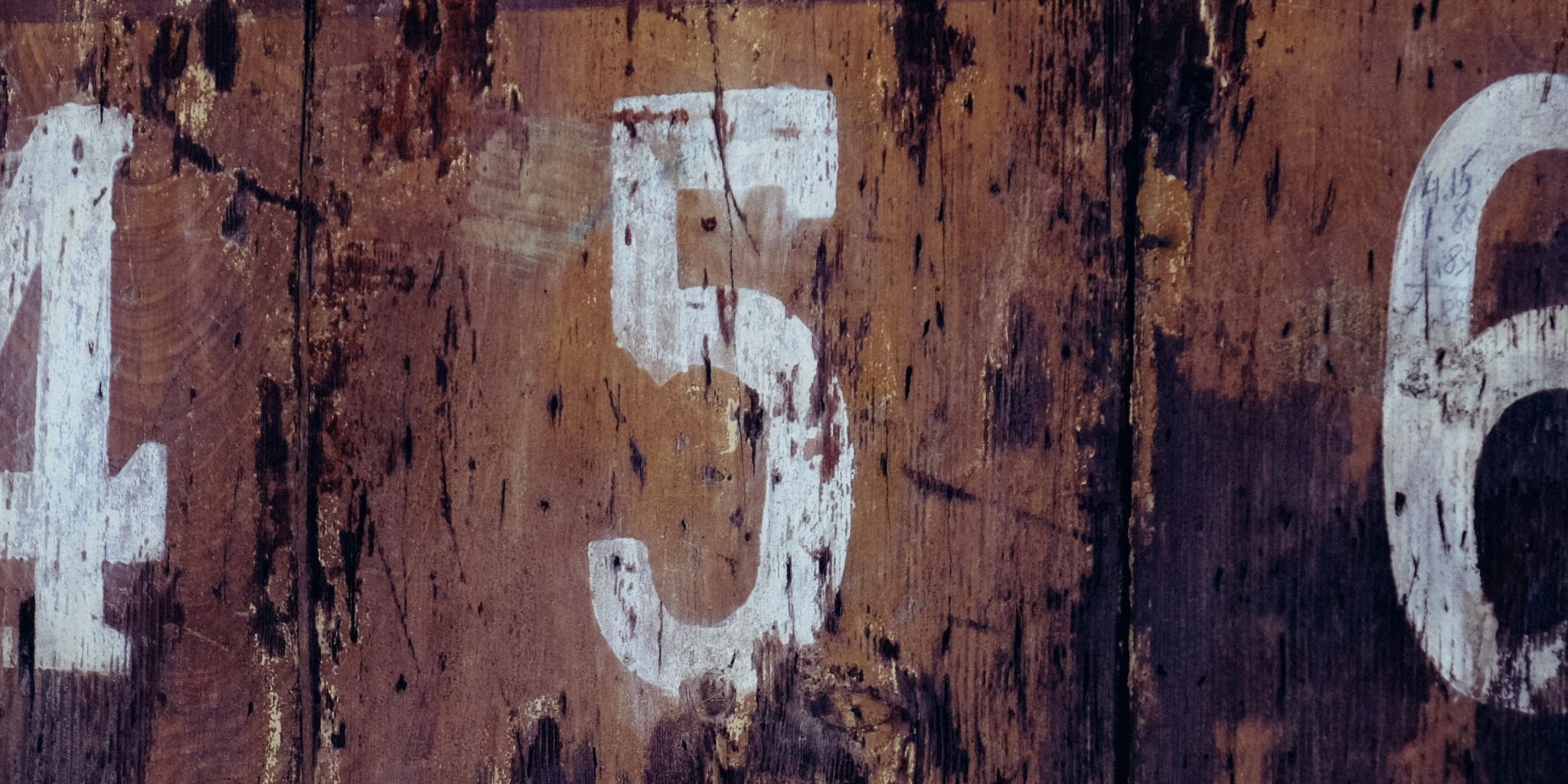 Is it a crime to listen to ALL of the Fifth Symphonies by the various composers that are available at the NativeDSD Music Store today? Well even if it is, Senior NativeDSD Reviewer Bill Dodd decided not to plead the fifth! He walks you through his favorite interpretations of Fifth Symphonies by Beethoven, Mahler, Prokofiev, Shostakovich, Schubert, Bruckner, Mendelssohn, Vaughan Williams and Nielsen. He calls them the ‘Fabulous Fifths‘. Enjoy!

Sometimes when I think I’ve got a great idea for a DSD Discovery post, I find that a whole new idea will suddenly present itself. And that’s what happened here. I started out with the idea of doing some sort of “desert island” list, but it quickly became unwieldy. Maybe someday. But as I was working on it, I realized that I had a number of Fifth Symphonies that I would take to my desert island. Indeed, there seems to be something magical about Fifth Symphonies– the epic, popular, amazing Fifth Symphonies!

I was surprised to find how often I fell in love with the works of many composers after hearing their Fifth Symphonies. It was never a plan– it just worked out that way.

And of course I’ve got to start with Beethoven! It was hearing what is still one of my favorite Beethoven Fiffhs— Eugen Jochum with the Concertgebouw. It was like a light suddenly came on! Beethoven became the standard by which everyone else is measured. Now I love all of his symphonies, but the Fifth is truly special. Luckily there are some very fine ones to sample:

Both Jan Willem de Vriend and Bernard Haitink have complete DSD Beethoven cycles, and I can recommend them highly. In the Fifth, De Vriend has a viewpoint you should hear. Haitink is an old pro, of course, and his Beethoven Symphonies with the London Symphony are among the finest. Both Fifths are brisk and full of life, and each album also includes the Haydn-esque 1st Symphony..

Manfred Honeck’s recording with The Pittsburgh Symphony Orchestra has been a top seller at Native DSD for quite a long time, and includes the wonderful 7th symphony as well. You can’t go wrong!

Noriaki Kitamura with the Slovac Philharmonic Orchestra does what we could call an “old fashioned” big band 5th. I’m sure there are many will find his viewpoint quite nostalgic.

Yes, Beethoven’s Fifth Symphony is monumental, dramatic, full of amazing music– but it’s full of humor and dancing in the final movement. That last movement has more false endings than you can imagine, and I think Ludwig was having a bit of fun with us.

There’s another Fifth that I think has some humor, as well as some of the most beautiful music ever written. Mahler’s Fifth Symphony is another landmark in music history. A funeral march, a battle, an achingly beautiful statement of love, and a joyful good humored celebration are all there, The Fifth was my first exposure to Mahler, and I’ve never been the same. It should be no surprise that there are some really great DSD recordings, and even an amazing chamber reduction.

Iván Fischer conducts his BFO in a superb performance perfectly recorded. Everything about this one seems… just right!

Gergiev leads the London Symphony in a very strong performance, and it’s one I’m glad to have!

Hartmut Haechen is an excellent Mahler conductor, and his Fifth with the Netherlands Philharmonic Orchestra offers much to like, along with Pentatone’s fine recording.

Gerard Schwarz was the main man in Seattle for many years, and made that orchestra into far more than a “regional” orchestra. In this excellent recording from Bob Attiyeh’s Yarlung Records, Schwarz gets a world-class performance from the Colburn Orchestra, a student orchestra based in Los Angeles.

OK. How about something different:

The Natalia Ensemble in Spain arranged and performs this chamber reduction of Mahler’s Fifth Symphony for 17 players! What will amaze you is how soon you will forget that it is a reduction. The recording won rave reviews and was quite successful. There’s a reason: it’s good!

Serge Prokofiev was one of the greatest 20th Century composers– Ballets, Symphonies, Piano and Violin concertos, sonatas galore, even film scores. His most popular symphony is deserving of the acclaim– The 5th. Accessible, melodic, exciting!

Both Vladimir Jurowski and James Gaffigan are fine in this symphony, but Gaffigan also gives you a delightful first symphony as well. As a matter of fact, a complete cycle of the Prokofiev Symphonies, including both versions of number 4, are available by Gaffigan and all are highly recommended by me.

The Fifth Symphony magic is also there for Shostakovich. I have two old favorites, Stokowsky and Ormandy, both from the early days of stereo records. But here are three very fine recordings available from Native DSD, including this Grammy Award winning one featuring Manfred Honeck conducting the Pittsburgh Symphony Orchestra.

It includes Samuel Barber’s exquisite Adagio for Strings. And there’s this one by Shostakovich’s friend, Mstislav Rostropovich with the LSO.

And this one from Yakov Kreizberg with the Russian National Orchestra which includes the Ninth Symphony as well.

I lean towards the Honeck, but I’d urge you to sample all three.

A wonderful discovery for me next: Franz Schubert was younger than Beethoven, yet they are considered to be contemporaries. Schubert’s symphonies were a bit overshadowed. I love his Fifth, a most gentle, delightful work.

The Netherlands Chamber Orchestra, with Gordan Nikolic, leader, is quite fine in Schubert’s Fourth (Tragic) and Fifth Symphonies. Both are fine, but the Fifth has opened the door to more Schubert for me.

Let’s move on to Mendelssohn.

His 5th Symphony (Reformation) was actually completed before he finally finished the 4th (Italian). Mendelssohn really didn’t want either published after their respective premiers, but they both were after his death– about 21 years after he died in the case of the 5th . Not only that, the numbers of the symphonies were not exactly the order in which he wrote them. The 5th was actually his 2nd. But I won’t tell if you won’t.

While the Italian is lively, the Reformation is more solemn. De Vriend keeps the tension and flow going perfectly. It’s a fine performance.

Now we come to Anton Bruckner. Lots of people think Bruckner and Mahler are two different branches of the same tree. Their music is actually quite different. One thing they do have in common is that their symphonies are longer than most and require a big orchestra. Bruckner was ill so his Fifth was premiered by a student who chopped out large sections and changed instruments. It was a disaster not rectified until 1935 when the Fifth was finally presented closer to it’s original form. The Nowak editions in the 1950’s finally put all the symphonies back the way Bruckner’s autographed scores originally presented them.

I enjoy a bit of Bruckner occasionally, and this performance of the of the Nowak edition of the Fifth by Marek Janowski and the Orchestre de la Suisse Romande is most enjoyable and it’s very well recorded.

Ralph Vaughan Williams was an amazing English composer.  After his first Symphony, he went to Paris to study orchestration with Ravel, who was actually a bit younger! Vaughan Williams’ Fifth Symphony is his most popular. Carlos Kalmar with the Oregon Symphony are extremely idiomatic in this beautiful performance. I’d put it right up there with my favorites, Barbriolli and Previn, but with dramatically better recording quality.

Also included are Benjamin Britten’s “Four Sea Interludes and Passacaglia” from his opera, Peter Grimes. Taken as a single work, these instrumental pieces are among my favorites.

I tried for a long time to warm up to the symphonies of Carl Nielsen. The Danish composer’s work just didn’t seem to ring my bell— But then one evening I happened to hear his Fifth Symphony on a stream on a cable TV channel I accidentally tuned in with the remote. I was entranced! I immediately went to Native DSD to see what I could find. What I found was a complete cycle from an unexpected conductor, Sir Colin Davis. A-ha! It turns out that Sir Colin’s Nielsen 5 is amazing! In fact his entire cycle is excellent.

Since then I have listened more to the others and become a Nielsen fan! Trust me, you are NEVER too old to learn. If you don’t get pulled in by Nielsen’s Fifth, you may want to see if you have a pulse.

So there are the Fabulous Fifths! And a remarkable group they are. I hope they will lead you to some discoveries too!