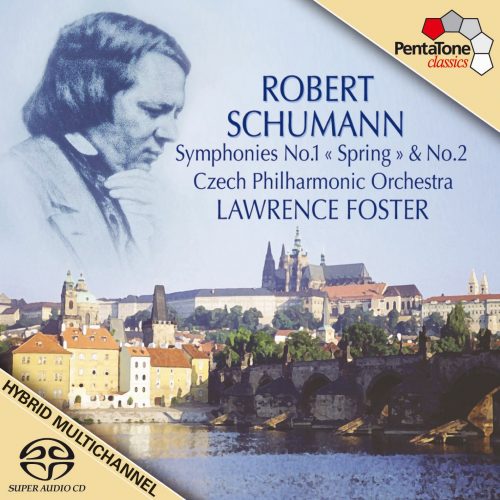 Symphonic Problem Solving
Beethoven, Beethoven, always Beethoven. There was just no way past him. The ninth and final symphony of the Viennese master doomed every composer who attempted to compose a work belonging to this genre. The height of the bar that Beethoven raised with his “Ode to Joy” was simply too high. What could come next after the daring integration of the human voice with the “pure” musical world of the symphony? It was to last a quarter of a century, filled with half hearted, provincial and diminutive attempts lacking in perspective, before Niels Gade, Franz Schubert, Felix Mendelssohn and Robert Schumann could inject new blood into the symphony.

A natural rapport seems to have emerged between the veteran guest conductor and the orchestra yielding two exhilarating and affectionate interpretations. Both are free from unwelcome interpretive gestures that on repeated listening could become irritating, but neither lack character nor at any point sound routine.

It should be stated right at the outset that these are performances in the mainstream tradition making them a refreshing alternative to those recorded by chamber orchestras and period groups. Foster does, however, seat his orchestra with basses rear left and violins to his left and right thus

bringing into sharp relief the antiphonal exchanges in, for example, the Finale of the 1st Symphony and the Scherzo of the 2nd. Furthermore, Foster’s tempi for these big band performances are brisk and the results are undeniably exciting. Although these are ‘live’ performances they are mercifully free from audience noise and applause.

Polyhymnia engineers throughout have managed to capture a sound that is warm and smooth. The benefits of the generous acoustic are immediately apparent in the glowing reproduction of the eloquent string playing in the glorious slow movement that follows.

These full-blooded performances with the Czech Philharmonic Orchestra in top form will, I suspect, appeal to many listeners wanting a recording of this coupling. Strongly recommended.