This Bird Has Flown 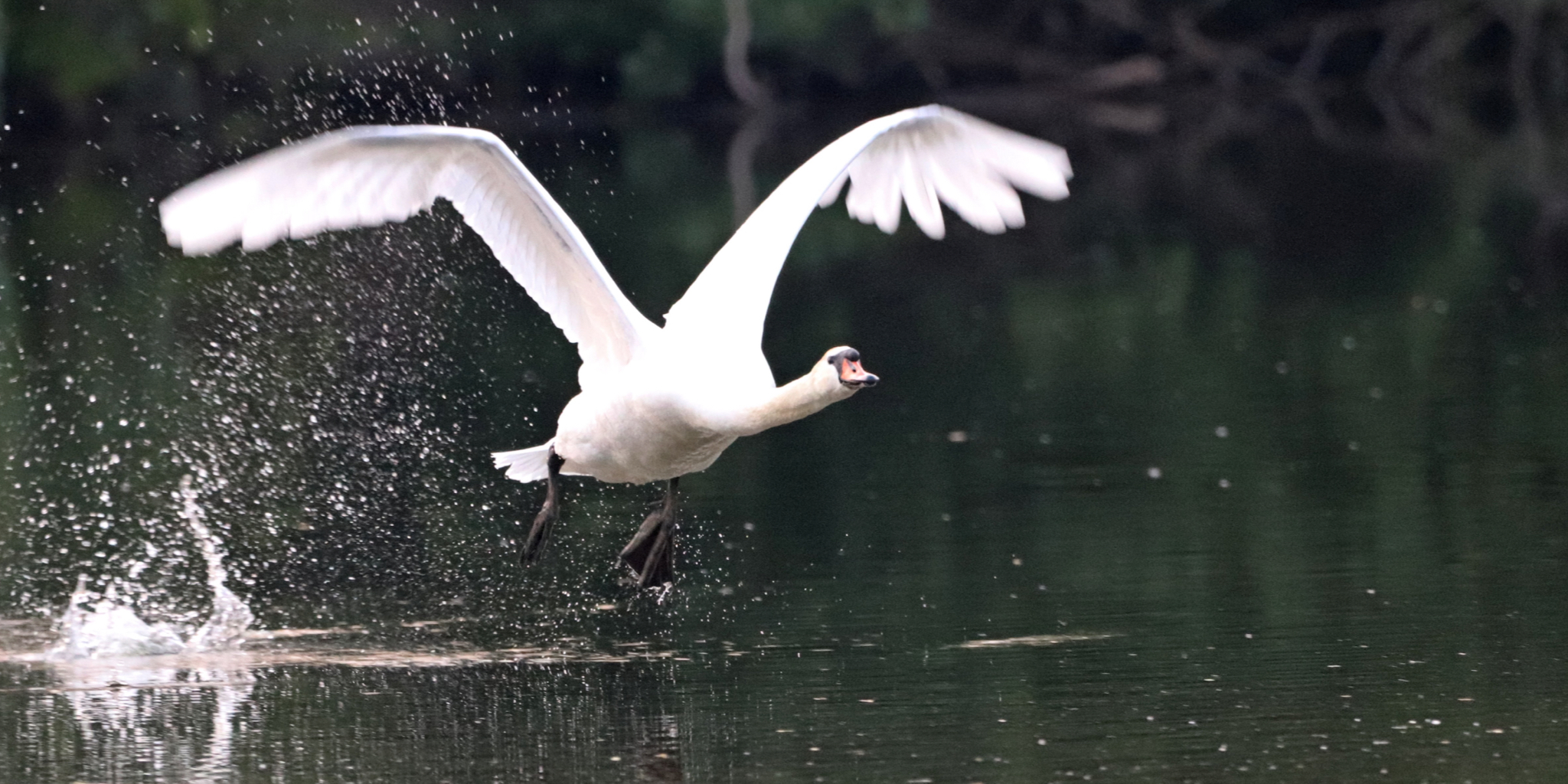 “Every recording situation has it’s own special challenges. In the case of the Paul Berner Band performing the music of the fabfour from Liverpool, the challenge was to accept reed player Michael Moore’s request of being placed not in front of but “in the band” right next to bassist Paul Berner. Before the musicians arrived we had envisioned him fronting the band, not lined up between Paul and Ed. Eventually it turned out to be a blessing as the stereo image we created with the room microphones correlated perfectly with the spot microphones, probably even more so than if we had had it our way with Michael up front.

The 8 pieces of music were performed live in the studio in front of a select audience. The musicians were placed in front of a stereo pair of microphones with additional spot microphones on each instrument. The musicians were playing without headphones, the reason being that we believe that when we get the musicians to play together in the same room, without headphones, it creates a number of musical and technical benefits: As they are not ”separated” by the headphones, the musicians, in order to hear each other are forced to create a natural and musical balance, a balance which is then easily captured by the main stereo pair of microphones. Because of the natural and musical balance the need for compression to control levels is no longer necessary. Since everybody is in the same room, the boxed sound which is so common in many modern recordings is absent and the sound of the room helps “glue” the sound of the recording. This is all very well but there are also problematic aspects to this procedure: The room (studio) has to have a good sound. The musicians have to be very good and well prepared as it is very difficult to repair mistakes because of the “cross talk” between the instruments. We have to be very precise when choosing and placing the microphones and the puzzle of placing the musicians at the right distance to the main stereo microphones and the right distance to each other, is also time consuming. And when we have a live audience in the studio, we pray that they remember to turn off their cell phones and the ones with a bad cold choose to stay at home.

Microphones are just like people, if you shout at them, they get scared.

The room where this recording has been done, is the now legendary Studio 2, situated in the the building of the Dutch Music Centre of Broadcasters (MCO). It is the oldest recording studio in the Netherlands and has hosted a wealth of prominent artists; Django Reinhardt, was there in 1937, Jazz at the Philharmonic featuring Ella Fitzgerald in 1953, and in the 1960’ Wes Montgomery, Clark Terry and Eric Dolphy all recorded in the studio.”

The great saxophonist Ben Webster wanted to know the words for every ballad he played. If he could not remember the words he would not play the song. Paul Berner Band have taken Ben’s rule to heart. These Lennon & McCartney songs are being sung without words but the outstanding musicianship of these musicians ensures that every word is heard.

Paul Berner has managed the impossible. He has taken these Lennon & McCartney compositions, rearranged them for his quartet, opened them up for improvisation and personal interpretation but managed to stay true to the essence of the songs.

‘’Rubber Soul was the first Beatles album I bought as soon as it was released. I was 13 and I had all kinds of questions about how the world works, all kinds of things I needed to know. The Beatles were about 10 years older than me; they were like older brothers, providing me with the answers. As I listened to Rubber Soul over and over again, I had the feeling that I was learning about girls, about love, about what adult life was, from these older brothers of mine. What I didn’t realize then was I was also learning about songs, about rhythm, about melody, about harmony, about what makes music work; these were all messages my brothers were sending to me by writing these songs. And only now, going back to this music, do I discover that, oh! this is where I got it from! So here’s a big thank you to John, Paul, George, and Ringo.’’

This is the second release in our series “most influential albums’’. We have asked some of Europe’s best musicians to reinterpret one of the albums that was influential in their becoming musicians. The first release was Carmen Gomes Sings the Blues (also available at NativeDSD).

Paul Berner is one of those rare artist that …..has reached what in the jazz world is considered the ultimum The ability to take any influence and make it your own and make it instantly recognisable to the listener as being Paul Berner. These Lennon & McCartney compositions are known to the whole world These Lennon & McCartney songs are being sung without words but the outstanding musicianship of these musicians ensures that every word is heard. They truly sing the songs.

Frans' interest in audio technology can be traced back to a childhood enthusiasm for electronics and music. He studied recording technique as well as double bass at the Royal Conservatory in The Hague, the Netherlands. Frans currently lives in Hilversum and works as a sound engineer at Studio 1 and 2, one of the legendary recording studios in the building of the MCO (Muziekcentrum van de Omroep). He is a very active sound engineer with broad field of experience from CD recordings, radio and TV to live concerts. Frans has received several awards for his work with radio plays. His ability to create an almost visual sound field has made him the most popular engineer for radio plays in the Netherlands. The ability to make sound visual is also what makes the audio recordings of Frans de Rond so unique. Frans's aim is to capture the spur of the moment as close to the natural, organic sound of the instrument as possible.