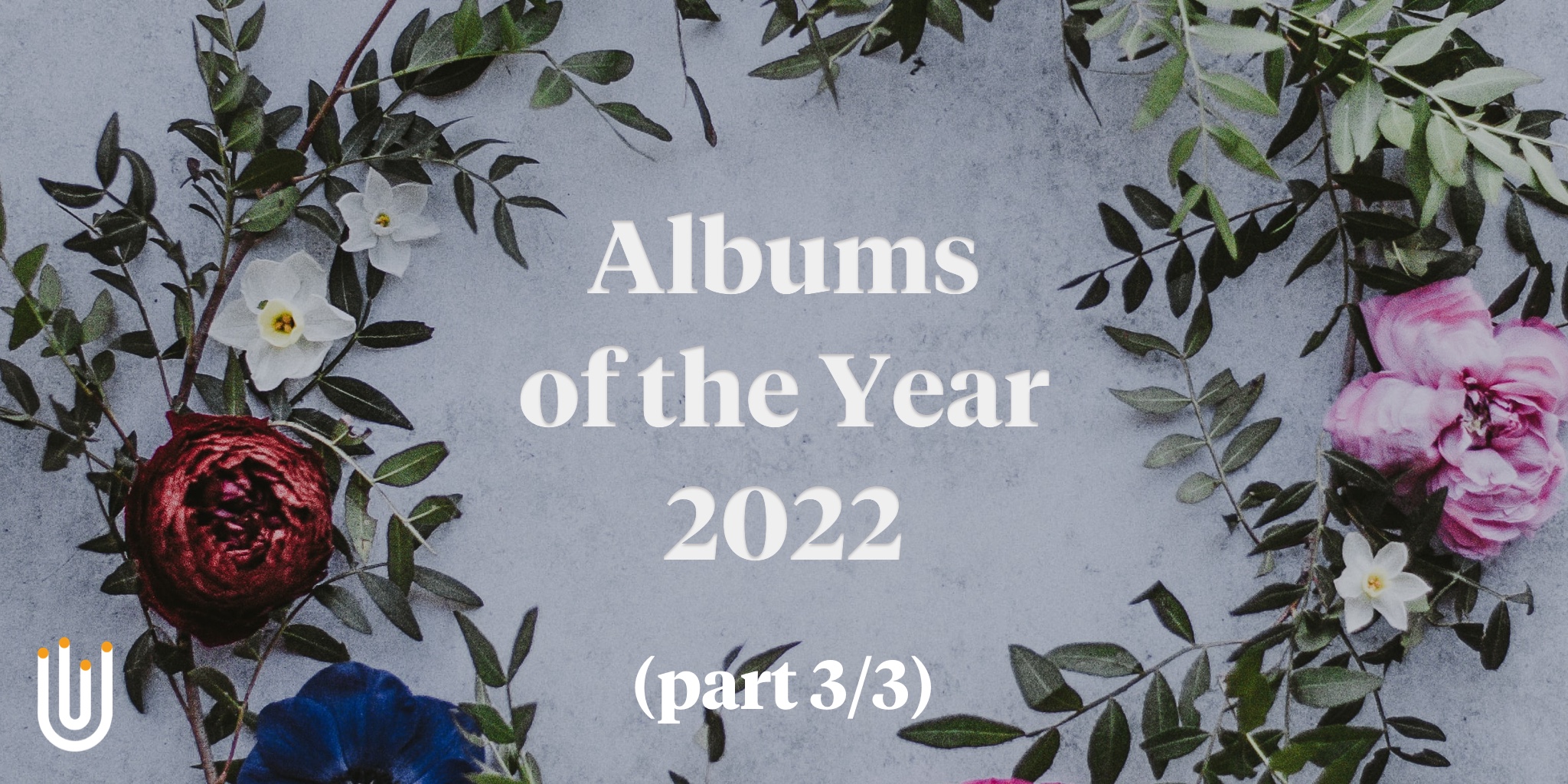 It is once again time for NativeDSD to celebrate the year in Direct Stream Digital (DSD) music. With over 85 music labels contributing to our listeners’ music enjoyment, there is much to celebrate and enjoy. Each category has two or more nominated albums.

Brian Moura and Bill Dodd have selected nominees across 11 Categories.
Today we reveal the Nominations of these 4 Categories:

Best of all, these albums are available at 25% Off through January 5th, 2023 as part of the Album of the Year sale. The discount is automatically applied in you cart. Another incentive to read the list and add to your DSD collection right away.

Bobby Troup was a multi-talented actor, singer, songwriter, arranger, and Jazz pianist. He was also the husband and musical accompanist for singer Julie London. The title track of his album Route 66 features his best-known single along with 23 additional songs – many written by Troup. Troup has an engaging singing style that is mellow and cited by some as a fine example of the male “crooner”. Route 66 features a transfer of a Monophonic Analog Tape from the Jazzology Records catalog to DSD by 2xHD. It makes a fine addition to your DSD catalog.
– Brian Moura

One of the year’s best-selling albums at NativeDSD this year, Ray! rocketed up our Top Selling DSD Best Sellers chart in days and dominated the best sellers list for weeks and weeks. The album stars the popular and talented Carmen Gomes and her ensemble. Gomes uses the album to put her distinctive vocals and style on favorites including The Sun Is Gonna Shine Again, Georgia On My Mind, Willow Weep For Me and Makin’ Whoopee. Recorded in Stereo DXD and mastered to Analog Tape, this album is one you will savor again and again.
– Brian Moura

Singer and songwriter David Elias gained fame for his mellow songs and performances at the San Gregorio General Store, a historic general store and bar on the California coast. On Day Three Take One, Elias returns to the general store for a live recording, direct to Stereo Pure DSD engineered by an all-star team that includes Gus Skinas and Dr. Andrew Demery from the Sony & Philips DSD development team. The album features over 2 hours and 20 minutes of music and adventures. In addition to the songs on the album, you will enjoy banter between Elias, the band (“the Casual Tees”) and the session engineers – along with the occasional food and bar order from the band as the evening proceeds. The music and sound quality is excellent, and the mood is relaxed and fun. A true DSD highlight in 2022.
– Brian Moura

This is a towering Bruckner Nine from Iván Fischer and the Budapest Festival Orchestra. Bruckner’s “unfinished” symphony lacks nothing, which is not a surprise since their Bruckner Seven was a multiple-award winner. The recording is excellent.
– Bill Dodd

Simon Rattle and the London Symphony Orchestra shine in this fine rendering of Bruckner’s Fourth Symphony, including an entire album’s worth of music that “didn’t make the cut” to the final version. I think Rattle’s Bruckner 4 is excellent in its “final” form, but the extras make for interesting listening and conjecture.
– Bill Dodd

This release of the Brahms Symphonies from Bernard Haitink and the London Symphony Orchestra together in one set is far more than just a nice way to save money, it’s a wonderful cycle from a conductor whose powers and insights have never been more obvious. There are many fine Brahms symphony recordings available, but each of these can stand with the very best! Exciting, meaningful, and very well recorded.
– Bill Dodd

These are absolutely delightful Beethoven First and Third Symphonies from Gianandrea Noseda and the National Symphony Orchestra! Fleet of foot, powerful, but … charming as well. These performances are assured, refreshing, and easy to recommend. I look forward to the rest of the cycle! I was also quite impressed with how well recorded this is.
– Bill Dodd

Maurice Maeterlinck’s play, Pelléas Et Mélisande was an inspiration for many composers: Faure, Sibelius, Schoenberg, and Debussy’s only Opera. This album features two of those: A symphonic poem by Schoenberg, and a suite adapted from Debussy’s Opera by Conductor Jonathan Nott. I was expecting the two works to differ dramatically, but they truly work together. Diaphanous, shimmering, even mystical feelings wrap around you as you listen, aided by Pentatone’s fine recording.
– Bill Dodd

An album that was several years in the making, Signs Of The Coast features composer and guitarist Eugenijus Jonavicius leading a Jazz quartet. Jonavicius is in demand as a session musician as well as a teacher of guitar masterclasses. His session chops are very apparent on the album, which led it to be the best selling title from Analog Planet this year.
– Brian Moura

Krisztian Csapo, also known as “Kriz”, is a trombone player and session musician in Europe. The Journey Home is a Stereo Pure DSD 256 album that features 16 top musicians playing Jazz Fusion and Big Band Jazz. The performances are stellar, and this album really cooks. Easily one of the best DSD releases of the year.
– Brian Moura

AnalogFather is a new label at NativeDSD that focuses on bringing Analog Recordings from Lithuanian musicians to DSD. Sus Signal is the debut album by Reinless. The band, fronted by Jazz trombone player, arranger, and composer Jievaras Jasinskis brings us an album of fine Jazz Fusion, Jazz, Funk, and Soul Music. While Reinless also released a second Jazz Fusion in DSD titled 434 later in the year, Sus Signal gets my nod for one of the year’s best albums.
– Brian Moura

While all 11 of Peter Takács’ albums of the complete set of Piano Sonatas are available individually, the complete (money saving) bundle is a wonderful way to go. Takács is not an overly flamboyant pianist. He lets Beethoven speak for himself, yet I found absolutely nothing missing in these performances. The usual “greatest hits” sonatas are as fine as one could wish, but what really impressed me is how much I thoroughly enjoyed all of the lesser known ones. I kept thinking that each was like a totally new discovery, and each was something I would never want to be without. The DSD Soundmirror recording is top-notch.
– Bill Dodd

Romanian Pianist, Matei Varga, who lives in the USA, says that the dark period of the pandemic caused him to explore new music and different composers at home. The result is music largely by Cuban composer, Ernesto Lecuona. (A side note: Some of you may recall the very popular song, “The Breeze and I” adapted from Lecuona’s Andalucia.) Varga separates selections by Lecuona with works by a number of unexpected composers including Beethoven, Chopin, Gershwin, and others. You could call it salon music. The program is varied, and always delightful. Well recorded, excellent musicianship, and it’s clear that Matei Varga loves this music.
– Bill Dodd

Fantasia! Dialogue For One

Fantasia: Dialog For One! Pauline Oosternrijk, playing both Piano and Oboe (but not at the same time), is delightful with a selection of Telemann’s Fantasias for Piano (or harpsichord), and his Fantasias for Oboe (or Flute). Piano and Oboe Fantasias are alternated in the program to create the “dialog.” All of Telemann’s many “Fantasias” for various instruments are short, basically unstructured, and delightful.  The final track is a “Postludium” Oostenrijk has created from themes from various Telemann Fantasias. The bottom line is fine musicianship and thoughtful programming of these pieces from a master composer.
– Bill Dodd

Enjoy discovering some of the best DSD albums released in 2022. Here is Part 1 and Here is Part 2 of the Album of the Year 2022 nominations! Stay tuned for Part 3. And remember: all of the nominated albums are 25% Off until January 5th, 2023. The discount is automatically applied in your cart.