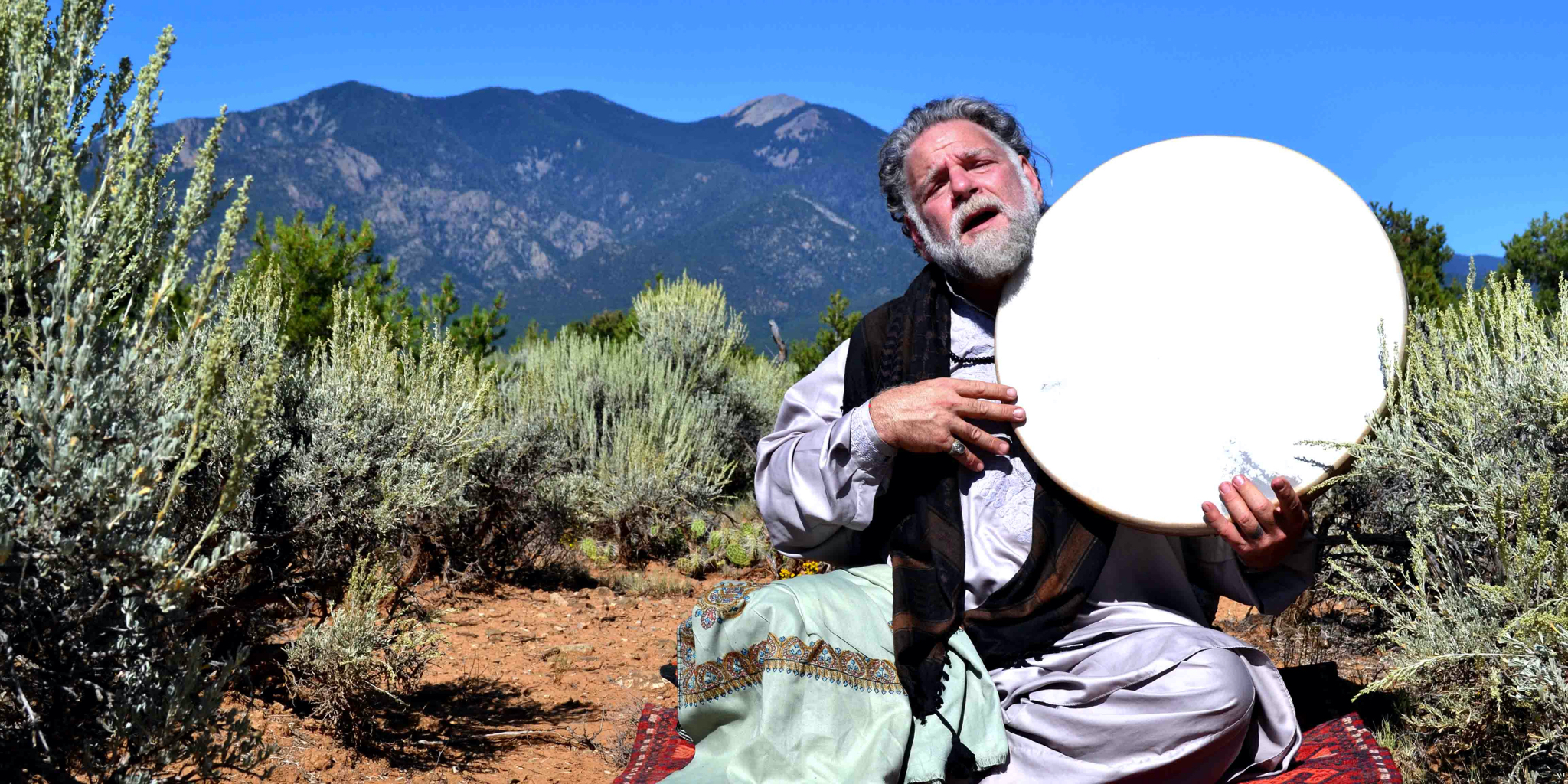 Sacred Trance Music from Taos Mountain” invites us into the magical world of Habib Chishti, Sufi master and singer.  Habib, (Patrick Arthur Lee) was born into a Jewish and Catholic home.  He lived primarily in Taos, New Mexico, from 13 years of age.  When one meets Habib today, one sees a huggable bear of a man sharing the infectious twinkle in his eye.  He looks like a wandering ascetic on a Himalayan path, yet well fed.  His all-encompassing affection for humanity and the world helps one appreciate Habib’s multiple religious backgrounds.

Habib has been practicing Hinduism and Sufism for over forty years, and was recognized as a Shaykh, or teacher, in the Chishti Sufi lineage.  Part of Habib’s mission as a teacher and Shaykh is identifying and sharing the core similarities between religious traditions in order to encourage friendships and collaboration.  Habib lives his life as a seeker of truth, no matter whether he is perceived as Jewish, Catholic, Hindu, Agnostic, or Muslim.

Bob Attiyeh is Producer and Recording Engineer of Yarlung Records